Wot?! Glitzy Oahu is home to a wealth of wild beaches 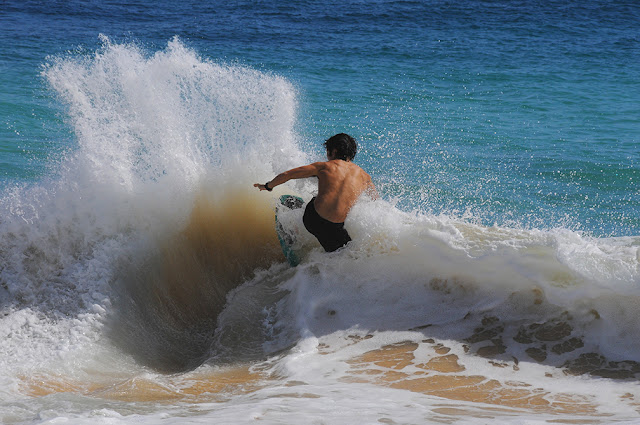 With nearly a million residents—more than double the other Hawaiian islands combined—Oahu is known for the high-rise resorts and kitschy/designer shops of Waikiki Beach and Honolulu. But—surprise!—this island also has the most miles of undeveloped coastline with accessible beaches.

Even Oahu's  fabled North Shore, with its world renowned surfing beaches, is a long run of sand with practically no resorts and a rural backshore. Protruding to the west of this coast the Mokuliea, a ten-mile stretch of open beaches with the Waianae Mountains as a backdrop. This coast served as a set for the TV program Lost, much of it at sleepy Makaleha Beach Park. 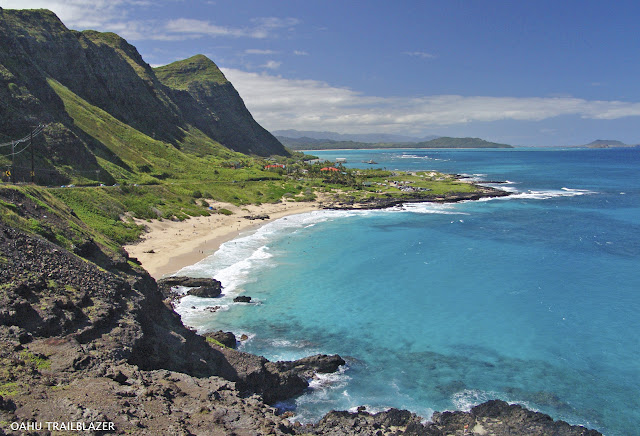 Windward Oahu, known for the sexy beach parks of Kailua, also has its hideaways. South of Kailua is Waimanalo—a huge recreation area and beach park. At the southern tip of the windward coast are several enticing beaches, including the eye candy that is Makapu'u Beach Park (above).

Most visitors venture north of Kailua to see the Polynesian Cultural Center, the most popular tourist attraction in the state. This northeast coast also features numerous quiet parks. Three with plenty of room to roam are Kualoa Regional Park, Ahupua'a O Kahana State Park, and Malaekahana State Recreation Area. Small islands off this coast are bird sanctuaries, a couple close enough to snorkel to. 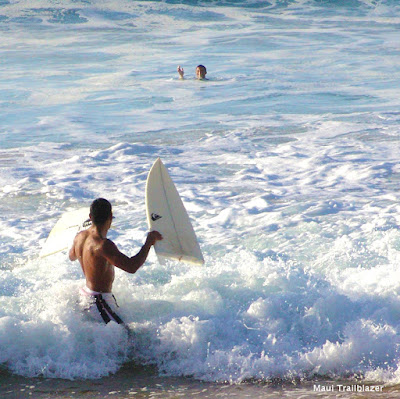 Oahu's West Side—the towns of Waianae and Makaha—may be a little rough around the edges for many tourists. But true adventure seekers will be rewarded. Just north of Makaha (the famous surfing beach) is Makua Beach, where the movie Hawaii was filmed. And beyond Makua are the wide-open sands of Yokohama Beach and the trailhead for the 3-mile hike to Kaena Point State Park, a nature preserve.

Oahu Trailblazer has details needed to find the dozens  of beaches and natural areas that await at the fringes of the the island's glitz and glam. 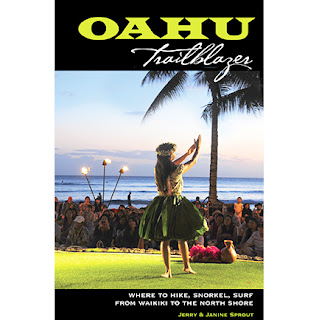 Email ThisBlogThis!Share to TwitterShare to FacebookShare to Pinterest
Posted by TrailblazerHawaii at 1:04 PM