Cruisin' Oahu's "other North Shore": A scenic drive that won't drive you crazy 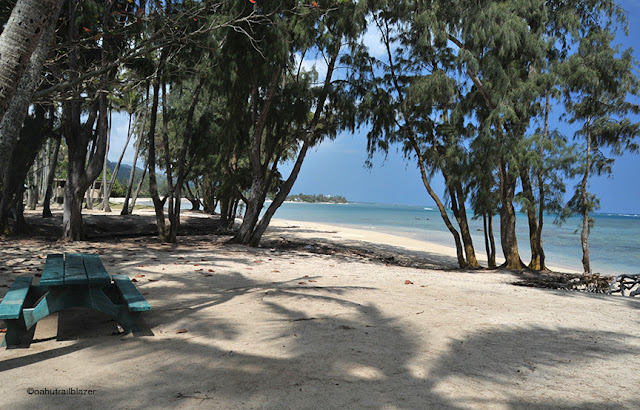 If you seek where the action isn't, pick a weekday and head north on Oahu's Windward (eastern) coast. For much of the drive, sandy beaches are right out the windshield and the country road is wide open. At the southern end of the drive (i.e., going north from busy Kailua), the Byodo Temple in Valley of the Temples is a Zen-like respite under the jagged Ko'olau Pali (cliffs). Several beaches, like Kahalu'u Beach Park pictured above, await  a barefoot stroll. 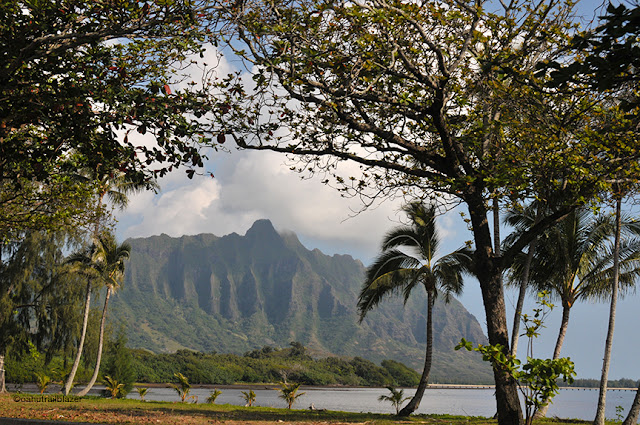 You may recognize Pu'u Kanehoalani (above) as a backdrop of  Hollywood movies and TV productions. It forms a south boundary to Kualoa Ranch, where adventure sports are also a big draw. 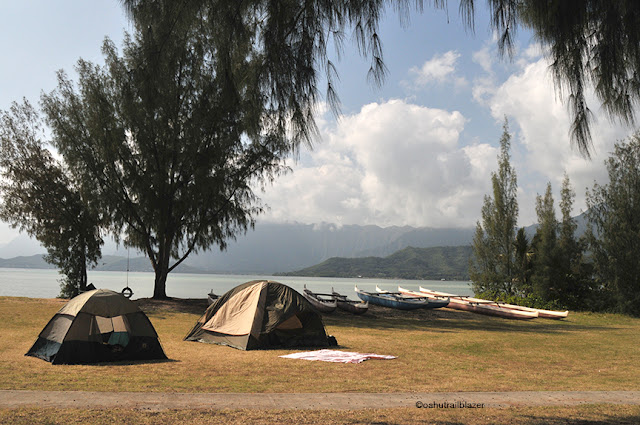 Locals love Kualoa Regional Park, for camping, outrigger canoeing, and snorkeling to the park's signature landmark, Mokoli'i Island (also known as Chinaman's Hat). You can also snorkel at Secret Island, which is not an island but a strip of sand between a freshwater pond and the shore. 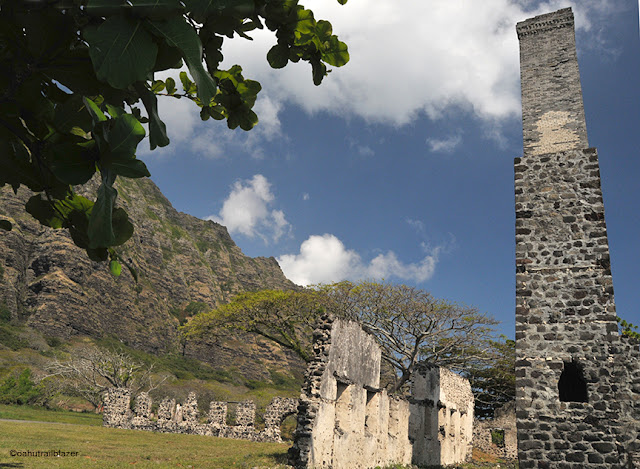 As is often the case in rural Hawaii, remnants of the sugar cane days are there for the sleuthing. 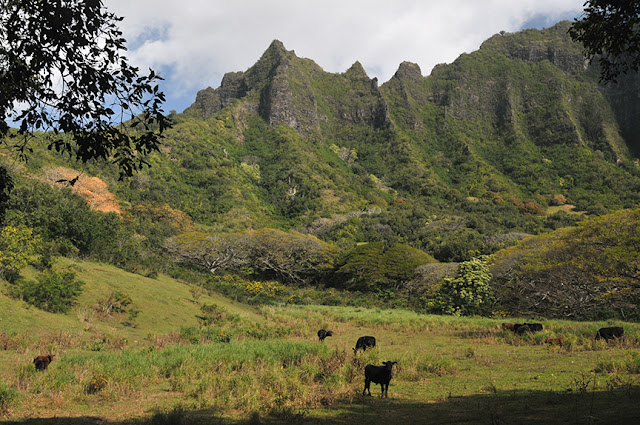 Inland on this coast are several jungle-valley-waterfall parks that aren't really parks yet: The land has been allocated, but park developments are in the early stages. But you can drive around and take a peek. Waikane Valley Nature Park is mainly for four-legged folks for now. 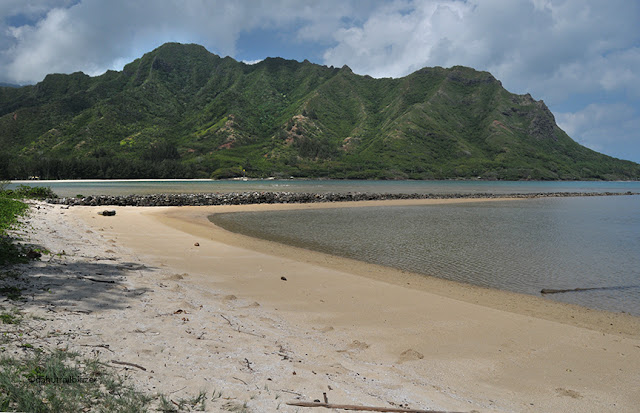 You could spend the day or three at Ahupua'a O Kahana State Park—beaches, trails, local-kine cultural sites, like the Huilua Fishpond (above). An ahupua'a (ah-hoo-poo-ah-ah) is a section of the island—mountain forests, stream, agricultural terraces, and coastal waters—around which all Hawaiian villages were built. This park is a large one, dedicated to preserving the Hawaiian way of life. 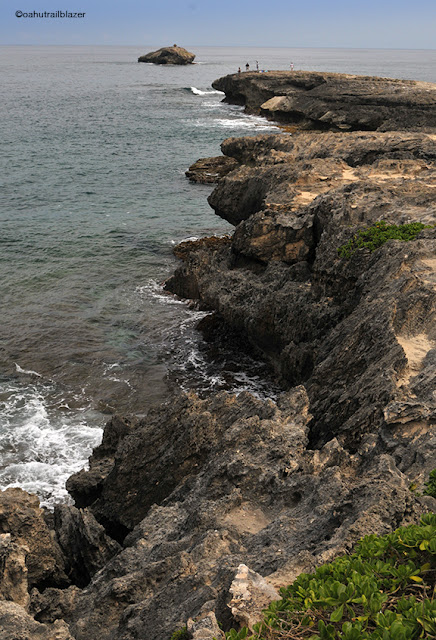 The Polynesian Cultural Center (below), also showcases traditions, though in a much splashier way. The PCC, in the sleepy town of Laie, is one of the top tourist attractions in the Islands.

Several of Oahu's better beach parks are not far from Laie, like Pounders, Kokololio, and the huge Malaekahana State Recreation Area. Several hikes into the pali see few tourists, like the cheap-thrill jaunt on the Laie Falls Trail. Parts of the coastline are a rugged home to shorebirds, like Laie Point (above).  BTW: Unless you are feeling particularly suicidal, don't join the local kids who jump from the tawny cliffs on the point. 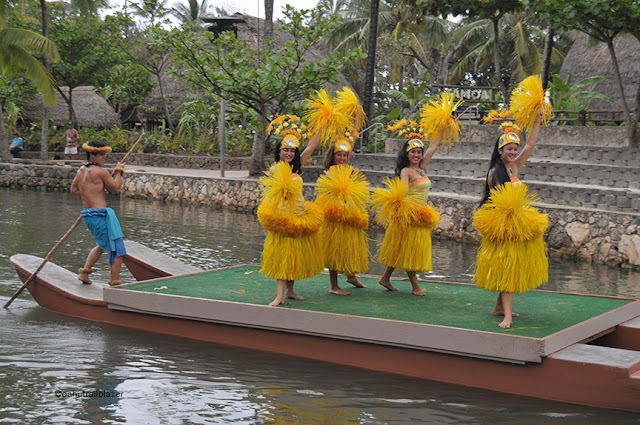 Continuing north, the highway curls through vintage Kahuku and reaches the famed North Shore; look for the tour buses pulled out at Sunset Beach.

Oahu Trailblazer has many more details for independent, adventurous travelers. 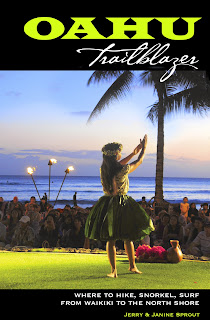 Email ThisBlogThis!Share to TwitterShare to FacebookShare to Pinterest
Posted by TrailblazerHawaii at 3:07 PM