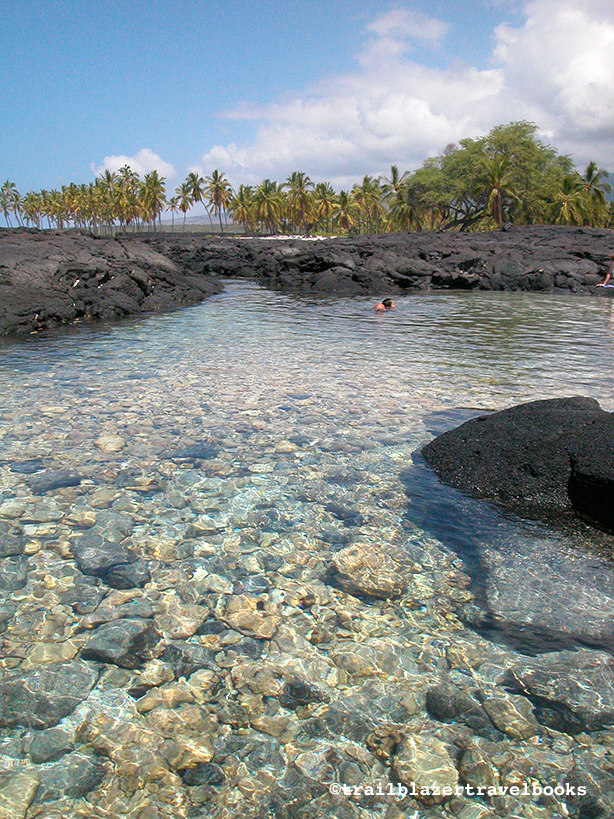 Ke'ei Village on Kealakekua Bay is off the tourist radar, and the Ke'ei Seapool is a step or two beyond that—for many, an immersion into private bliss. The village is a mile down a bumpy road between two popular attractions: Kealakekua Bay State Historical Park and Pu'uhonua o Honaunau National Park.

Ke'ei is one of a handful of remaining authentic villages in Hawaii, though you will not find the "little grass shack" that is depicted in the well-known song about Kealakekua. Blue tarps cover modest possessions, cottages are weatherworn, and, on weekdays at least, only a groggy dog or winsome cat are about. On weekends, locals enjoy a surfing scene at the beach with salt-and-pepper sand and clear waters. Mark Twain made it here in the 1800s, and his descriptions of the board riders whizzing along on foamy waves are among the first writings about surfing.

The seapool is almost a mile from the village, around the smooth lava of Palemano Point, which forms the south mouth of the bay. The partially man-made enclosure was built by members of a school camp,  just inland in a palm grove. In 1782, the thorny backshore of this coast is where Kamehameha the Great, under the tutelage of his mentor Kekuhaupio, defeated an army from the Hilo side and etched his first victory on the way to becoming a legend. Kekuhaupio was born in Ke'ei  Village.

Check out Hawaii the Big Island Trailblazer for more details on exploring this region. 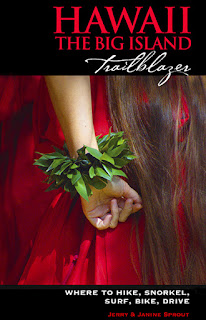 Email ThisBlogThis!Share to TwitterShare to FacebookShare to Pinterest
Posted by TrailblazerHawaii at 10:50 AM