The yin and the yang of Waikiki Beach 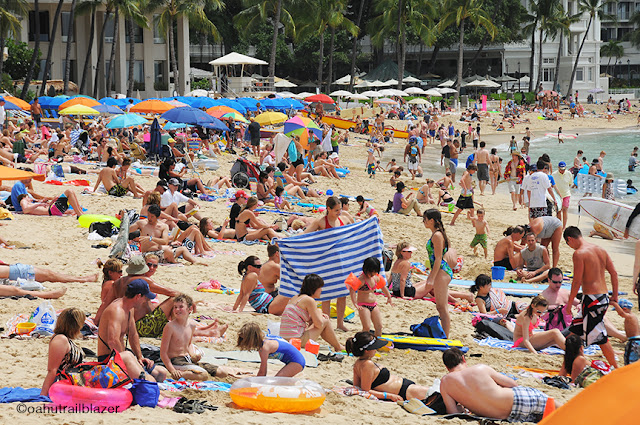 Most people think of Oahu's Waikiki Beach as a kind of Las Vegas, minus the casinos, plus the ocean. And that view is true. The two miles of sand—from Ala Wai Harbor to the foot of Diamond Head—is essentially artificial, a grid of high-rises, designer shops, and tiki torch bars that sprang up when a canal was dug inland to turn what was a swamp into a resort destination. The wall-to-wall scorched flesh at the shoreline seems anything but the "real Hawaii." 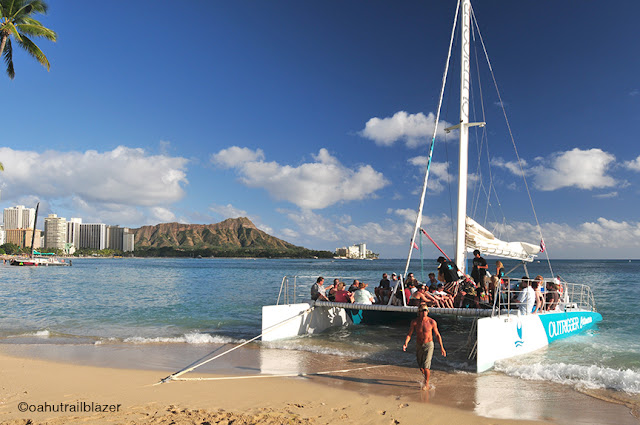 Yet Diamond Head Crater is WKK's money shot, and it speaks of Oahu's ancient volcanic lineage. More recent, but still historic, times are plain to see along swank Kalakaua Boulevard on Waikiki Historic Trail, which describes the beach's remarkable past. For centuries, the high ground at Waikiki was home to the Ali'i (royalty), and King David Kalakaua in 1877 bequeathed 200 acres right next to Waikiki beach to the Hawaiian people. Kapiolani Park, named for Queen Kapiolani, is tree-studded refuge: quite a quiet contrast to the buzz of the beach scene.

Another contrast to the tourism lies right at your fingertips, or, rather, toe tips, since sailboats can pick you up  on the sand. The world changes dramatically on the watery sheet not far offshore. 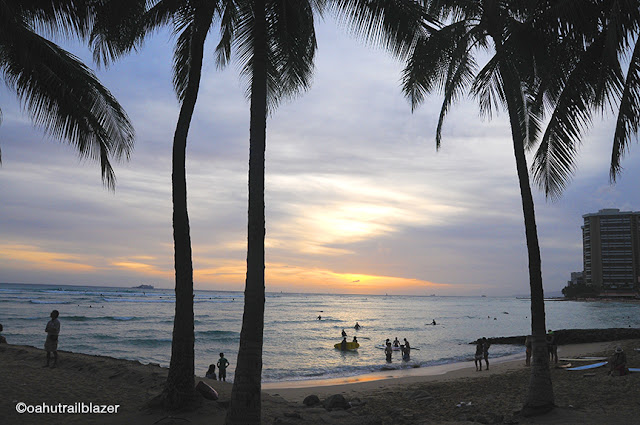 The big shift in viewpoint happens at twilight, when the beach empties—particularly right after the sunset show. While most visitors are showering in their rooms and thinking about beverages and coconut shrimp, the local surfers are showering with their boards at the beach spigots. The center of things for this magic hour is Prince Jonah Kuhio Park. Not far from the statue of Prince Kuhio is one of Olympian and surfing legend, Duke Kahanamoku, whose open arms welcome you to the tableau.

Oahu Trailblazer has the deets for visiting Waikiki on foot. The place will live up to its postcard images, but also reveal the Old Hawaii you would not expect. 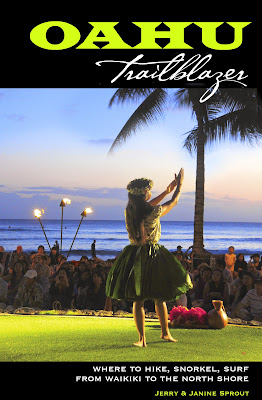 Email ThisBlogThis!Share to TwitterShare to FacebookShare to Pinterest
Posted by TrailblazerHawaii at 11:15 AM