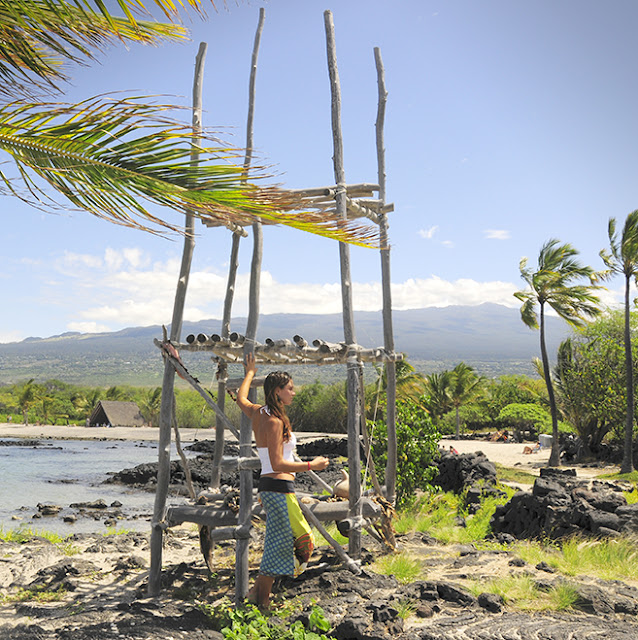 Start a morning by poking around the Kaloko-Honokohau National Historic Park and before you know it the sun will be setting. And you will have an odd sense of having been transported in time. No kidding. The place is intriguing and mysterious.

You can wander several miles of trails through the park's 1,200 acres just north of Kona, and encounter historic re-creations (like this lele, a platform on which sacrifices to the heavens were made), centuries-old petroglyphs, and an oasis next to prehistoric rock mounds whose origins puzzle archeologists. 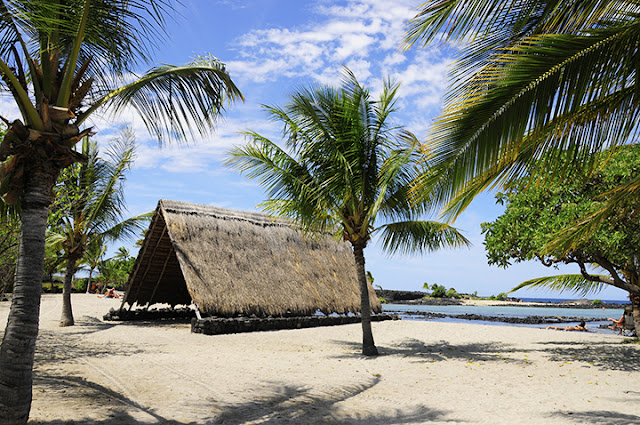 This canoe hale (hah-lay) is at the southern end of the park, next to Aiopio Fishtrap, a sandy beach with safe swimming for kids. The Kaloko Petroglyph Field is not far from the beach— its more recent (circa 1800) etchings depict rifles. A heiau (temple) ruin is next to the field. 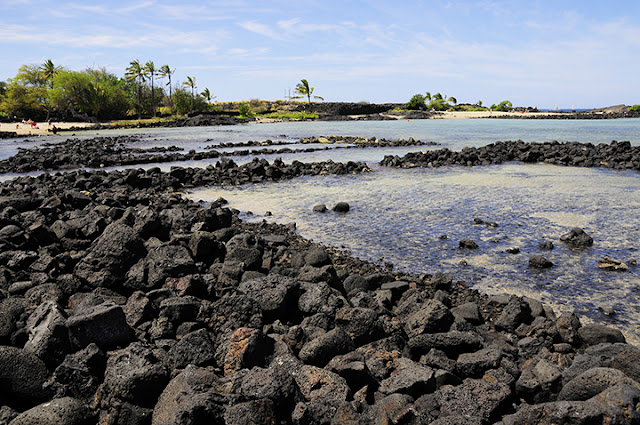 Several fishponds provided a seafood bounty for Hawaiians. Rolling agricultural terraces were abundant with produce, though a stampede of lava from Hualalai volcano was devastating.  At the north end of  park is the massive Kaloko Pond, whose 20-foot-wide, hundreds-of-yards-long seawall is being restored. The pond was Kamehameha's masterwork, and amazed Western engineers who first saw it. 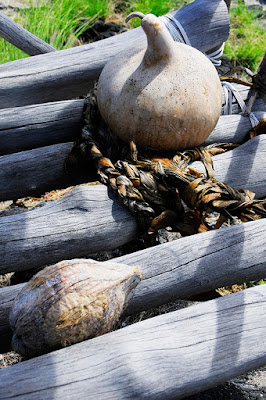 Gourds and necklaces are among common offerings these days. 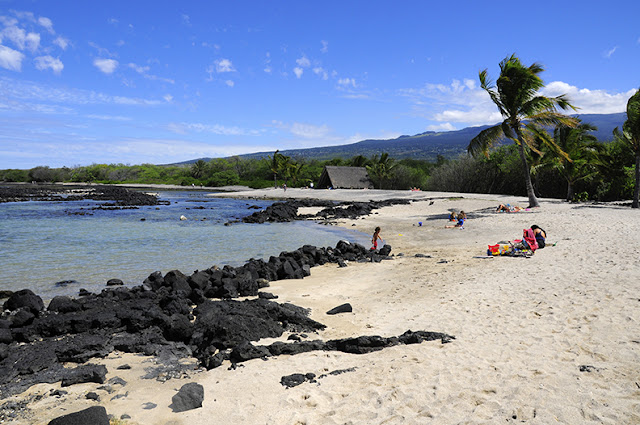 Hawaii the Big Island Trailblazer has more details—there are three entrance points to the park, and other cool stuff is nearby. 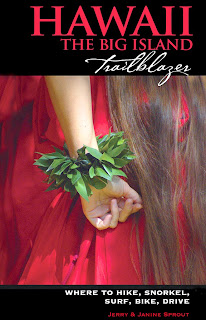 Email ThisBlogThis!Share to TwitterShare to FacebookShare to Pinterest
Posted by TrailblazerHawaii at 3:04 PM