"Tweeting" in Hawaii used to take many days 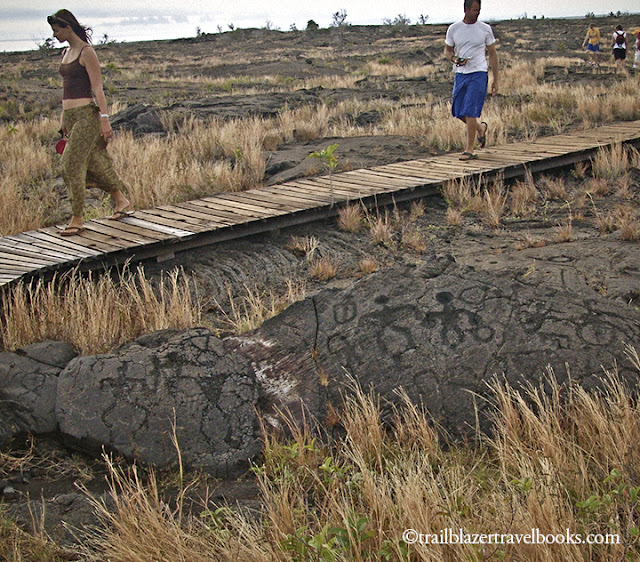 In ancient Hawaii (the first Polynesians arrived from Marquesa around 200 A.D.) the only way to send a message other than by speaking was to etch out a symbol in smooth lava rock. If it took that long to tweet, what would you say?

These etchings, called petroglyphs, are found throughout the Islands, but they are most easily discovered on the younger Big Island, since erosion and greenery hasn't had as much time to cover them up. The Pu'u Loa field in Hawaii Volcanoes National Park (above) contains some of the oldest drawings. 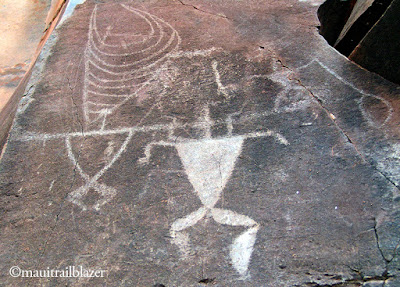 The best field on Maui is in Olowalu Cultural Preserve. This petroglyph depicts an ancient sailing vessel and a classic human form. 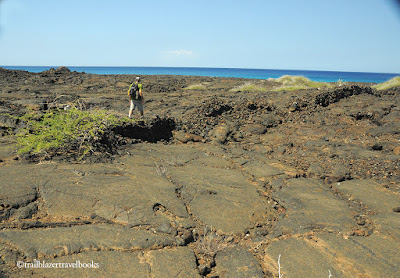 This 5-acre petroglyph field on the South Kohala coast of the Big Island lies unsigned and virtually unvisited, even though it is less than a mile from destination resorts. 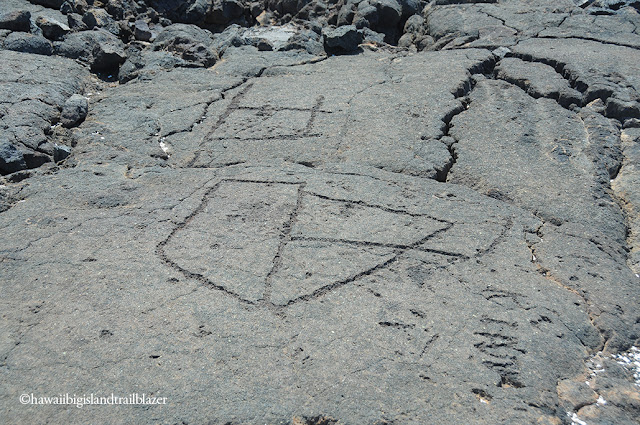 The big news announced in this etching is the arrival of European style sail boats. Petroglyphs in Kaloko-Honokohau National Historic Park near Kona show a rifle, also breaking news in Hawaii in the early 1800s. 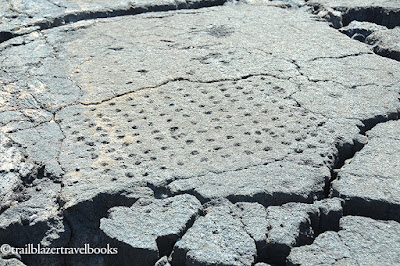 Not all rock etchings told the stories. This rectangle pattern of dots was made to play a form of checkers common throughout Hawaii. 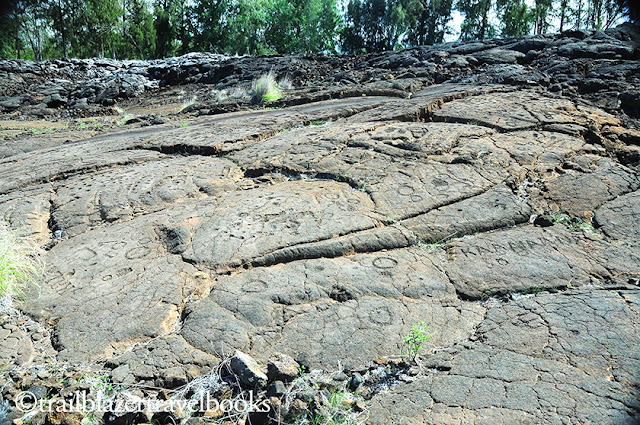 The circles, with and without dots at the centers, announce child births. This were made in the Puako Petroglyh Field near the Fairmont Orchid in South Kohala. Though the meaning of many of the petroglyphs can be deciphered, some of the origins of some of drawings were a mystery, even to the second wave of Polynesian voyagers who arrived from Tahiti around 1000 AD. 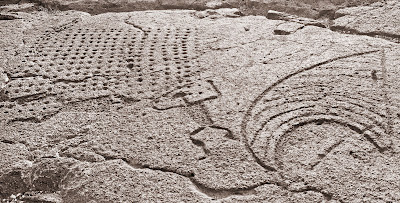 Trailblazer guides show the way to dozens of petroglyph fields in the Islands, as well as heiaus (temples) and ancient paths that are remnats of the great Hawaiian Nation. Needless to say: Some ruins may look like rock piles, but they are sacred sites to be treated with the same respect you would a church. 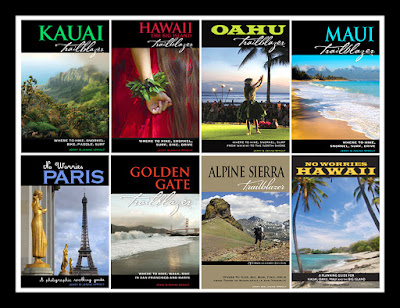 Email ThisBlogThis!Share to TwitterShare to FacebookShare to Pinterest
Posted by TrailblazerHawaii at 9:08 AM