From the window of a rental car doing sixty-five on Highway 19 north from Kona, South Kohala looks like hell for about thirty miles. Not to say 'bad,' quite scenic really, but it is the very essence of Dante's Inferno—square miles of black rolling hills and huge slag heaps of lava baking in the sun, an ocean of liquid rock come to rest after numerous eruptions from Mauna Loa and Hualalai volcanos.

But paradise awaits. Along the coastline every few miles are oases, born where fresh water perks up cracks in the lava. Palm groves and beach flora shade coral-and-lava sand beaches, with clear water since streams have not time to cleave the (relatively) virgin landscape and bring erosion. 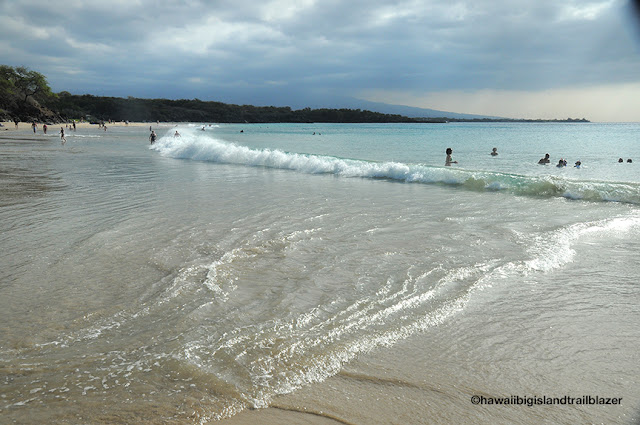 At the north end of South Kohala is the blockbuster Hapuna Beach State Park, a long stretch of sand with an usually gentle shore break. Refugees from chilly Waimea and rain-battered Hamakua in east Hawaii use this for a getaway. Picnic pavilions are ideally set on a gardenscaped hillside. 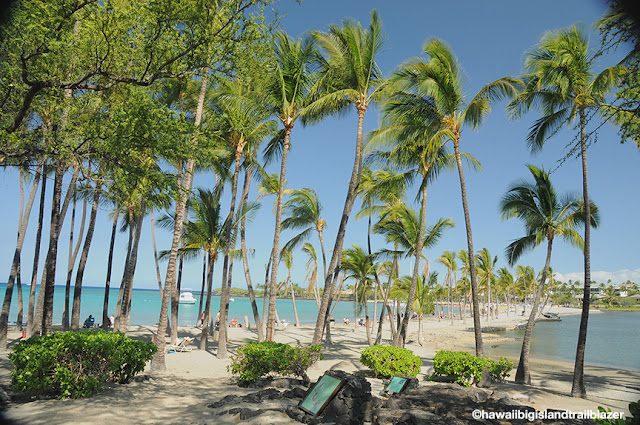 Anaeho'omalu Bay (just call it A-Bay) is near resorts. Sailboats, snorkel tours, and windsurfers join beachgoers. A nuanced coastal trail features the Hilton Resort on the north (the place is a freakin' Disneyland with dolphins) and a wild beach with petroglyph field to the south. The water pictured to the right (above) is one of many fishponds in South Kohala—the seafood stores for early Hawaiians. 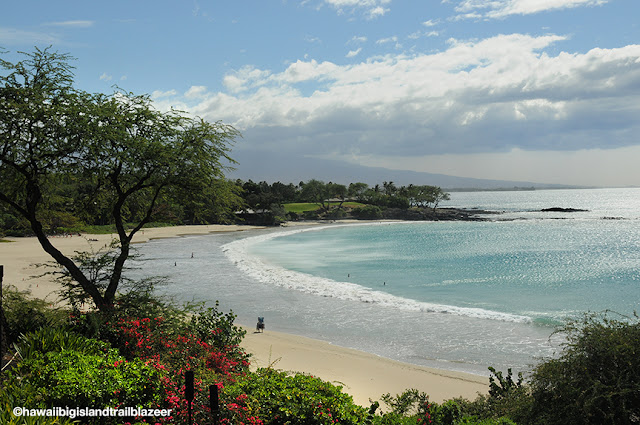 Just north of Hapuna (there's a trail) is the beach at the venerable Mauna Kea Resort, a Laurance Rockefeller project from 1960.  The resort is gated, but a shoreline access lot is large. Sweet body surfing and decent snorkeling. Bring a book. 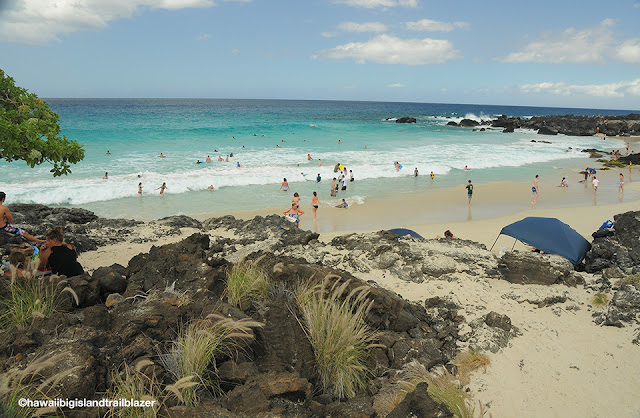 Until several years ago, Kua Bay, a few miles north of the Kona Airport, was a locals' special located down a rough and unsigned rocky dirt road—the site of the ancient village of Manini Owali. A few years ago, the state put in a smooth asphalt road, restrooms, and fresh signs, and Kua is now surf-and-sun city for local teens and families.

Hawaii the Big Island Trailblazer has details for a dozen or more South Kohala beaches—resorts and wild. You'll also find the tricks on getting shoreline access passes at the resort gates on popular days. No problem. Petroglyphs, ancient sites, large portions of the old King's Trail, and fishponds are everywhere, telling of the Hawaiian civilization thriving here not that long ago. 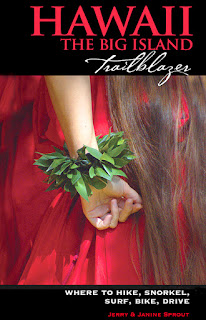 Email ThisBlogThis!Share to TwitterShare to FacebookShare to Pinterest
Posted by TrailblazerHawaii at 5:47 PM