Not to be Donny Downer, but you should know that once each month somewhere in Hawaii a tourist dies in an ocean-related accident. It's heartbreaking and totally avoidable, in theory. Here's a blueprint for keeping yourself and your loved ones safe: 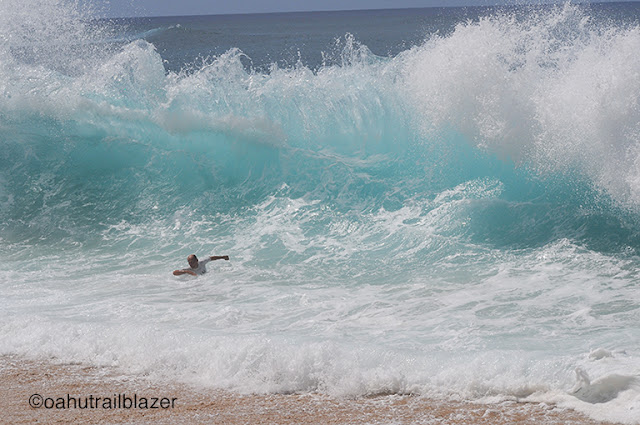 1. Watch out for rogue (or 'sleeper') waves. Larger than the other waves in a given set, rogue waves knock people down at the shoreline or sweep them from a reef. Large waves can arrive on otherwise calm days. How to avoid: Always keep an eye on the surf, since you can move faster than a wave at the beginning of its break and quick reactions save lives. When walking a beach, stay back from where the sand is wet, and same goes for reef walking, since a wet surface indicates wave action. When surf is very large, stay way, way back.

2. Watch our for rip current. Rip current always exists when waves are present, and the higher the waves, the stronger the rip current. Rip current is where the ocean water of incoming waves is returning back to sea, usually in a channel that is the path of least resistance for the water. How to avoid: On beaches with reefs near shore, you can see rip current as blue channels going out through an opening in the reef, an outbound stream. On beaches with a near-shore break, rip current is visible as a rippling channel going out where waves are not breaking, or are low breaks. Indentify the channel before entering the water. Stay away from the channels. Where you choose to enter the water, throw in a stick to see which way it moves. Once in the water, look down to see if you are drifting. Swim into a slight current at the beginning, so that you will swim with it on your return. Stay close to shore. 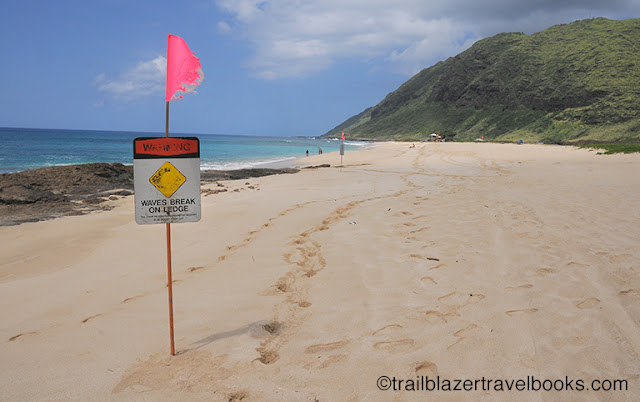 3. Body surf or boogie board with caution. Head and neck injuries are common, especially if body surfing (which is really a lost art). Even if head injuries are not fatal themselves, they can result in drowning How to avoid: Limit your wave play to foamy waves that have already broken, or are not breaking with a curl. As a wave is breaking, look to see if sand is being sucked up at the base of the wave, an indication of a shallow water hazard. Ask advice before boogie boarding.

4. Make a smart reaction to trouble: If something goes wrong, you can still walk away safely. Many deaths occur because people make the wrong moves once they are in trouble. Have a safety plan: If two people are together, leave one person ashore to watch the swimmer (and they can also watch your stuff). Know where you are and carry a cell phone. Hawaiian watermen (lifeguards) are among the best in the world and respond quickly almost anywhere on the island. Best of all (duh) swim at a beach where watermen are present. If you do get caught in a rip current, do not panic and wear youself out. Rip currents are near-shore phenomenon, and they release you offshore. Never swim into a rip current to defeat it, but rather swim sideways from the direction of the current.

The mantra for water safety in Hawaii is: If in doubt, don't go out. Err on the side of caution. Even strong swimmers will be powerless in an angry ocean. Wearing a snorkel and fins greatly improves your safety and mobility in the ocean. 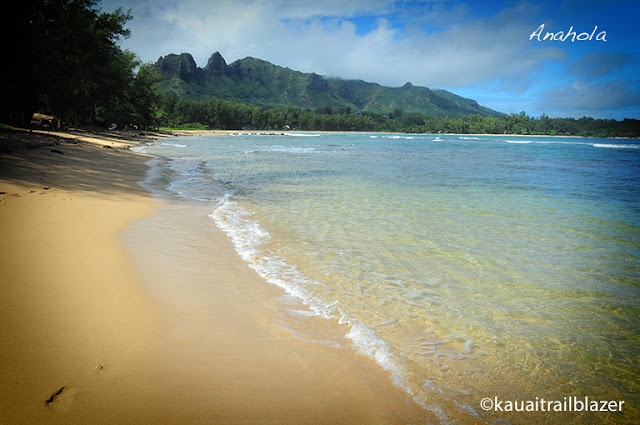 Trailblazer Travel Books (for each island) have safety tips and hazard warnings for the land and the sea. These generalized safety tips and supplemented by warnings that are specific to each beach and trail. You don't need to be overly frightened of the ocean, but give it respect.
Email ThisBlogThis!Share to TwitterShare to FacebookShare to Pinterest
Posted by TrailblazerHawaii at 10:05 AM