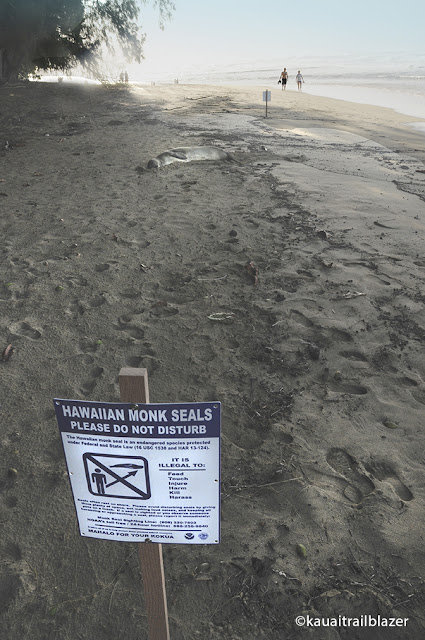 At the end of the highway on Kauai's north shore—and at the beginning of the notorious Kalalau Trail—sweet Ke'e Beach can get killed with kindess on prime-weather days. The main parking lot gets jammed, and so does the overflow lot that is a ten-minute walk from road's end. Don't despair. You have outs to find some private space, just like this dude (above and below) an endangered Hawaiian monk seal, whose breathing room is assured by federal law. 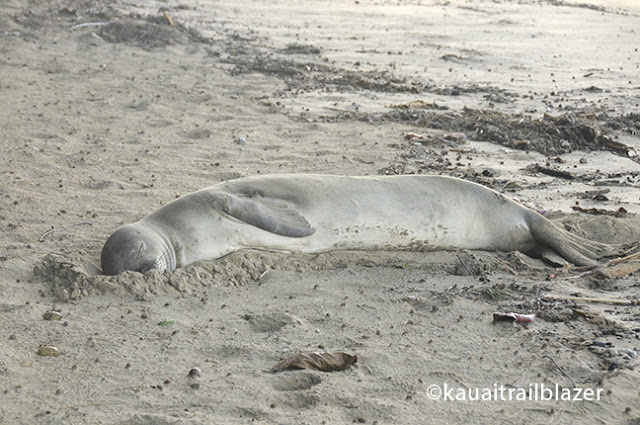 This is a telephoto of our little friend, the only mammal (unless you want to count a species of bat) to arrive in Hawaii without the aid of a ship or plane. 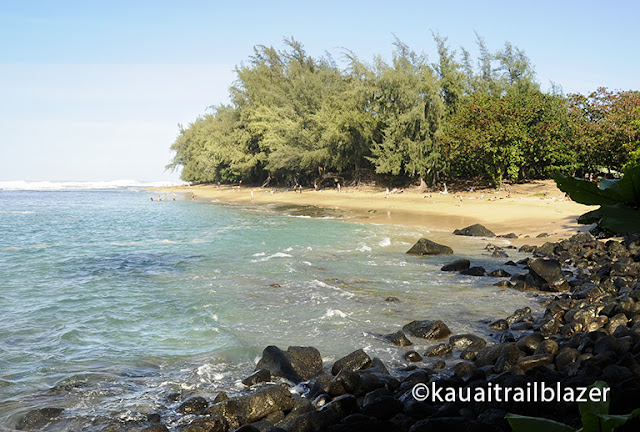 Ke'e is a reef-protected cove, with enough fish to please snorkelers. This shot is taken from an unsigned trail that skirts the cove to a point. In ancient times, Hawaiian girls would have to swim this opening, said to be the home of tiger sharks, as a last part of their initiation to become hula dancers. Don't worry about sharks, but avoid the opening, since it is a one-way riptide ticket to open waters. 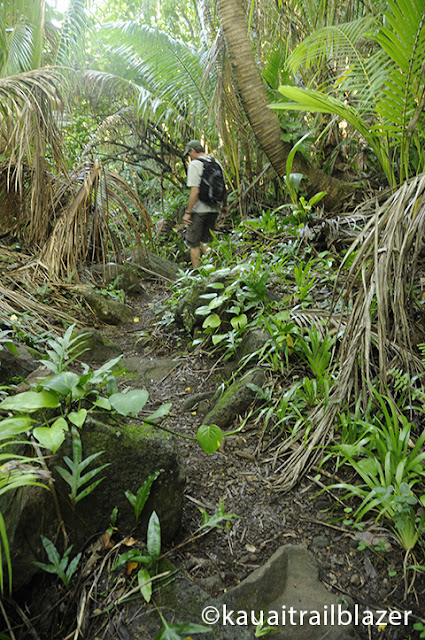 The trail leaves the beach view and penetrates greenery. A navigation heiau (temple) was located here, but its ruins have been lost to plantlife and erosion. 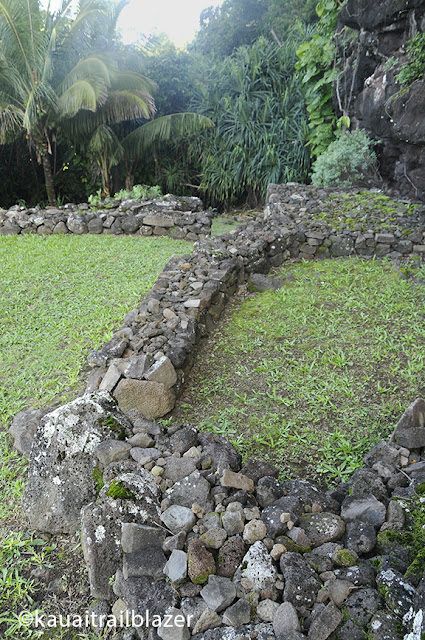 Not so for one of this most sacred spots in Hawaii, the Kauluolaka Hula Heiau, which is a short hike on an overgrown trail to terraces about 100 feet above the sea. It is revered and meticulously maintained by current practitioners of the Hawaiian dance and chant. Treat it with the respect you would the inside of a church. 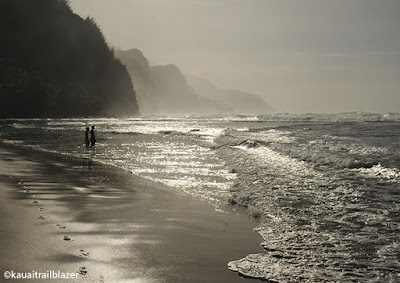 The 11-mile Kalalau Trail hugs the roadless Napali (The Cliffs) and ends at Kalalau Valley. Second only to Diamond Head State Park on Oahu in yearly visitors, the trail can be a three-ring circus. Get there early. Or, to get a view of Napali without tackling the trail, do what our monk seal did and go right down the sand at Ke'e. Big views open up after a hundred yards or so. Keep going and you'll be at the site of Taylorville, where, back in the Hippie Days, the brother of actress Elizabeth Taylor granted free access to flower kids who formed a little city that lasted long enough for babies to be born.
Email ThisBlogThis!Share to TwitterShare to FacebookShare to Pinterest
Posted by TrailblazerHawaii at 12:29 PM