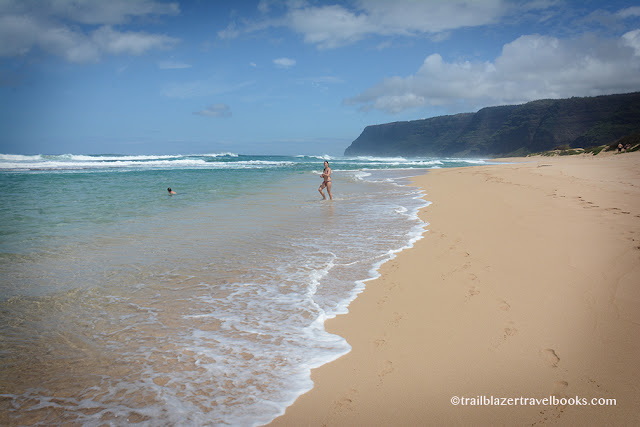 Thousands of visitors rave about the Kalalau Trail on the Napali Coast, and about Waimea Canyon, 'The Grand Canyon of the Pacific.' And rightly so. But do yourself a favor and don't leave Kauai without making a trip to Barking Sands Beach at Polihale State Park. The surf can be treacherous, but at one spot, called Queens Pond (above), a protective near-shore reef provides a safe spot (normally) to get in the water—and also a sweet curling break favored by local surfers. 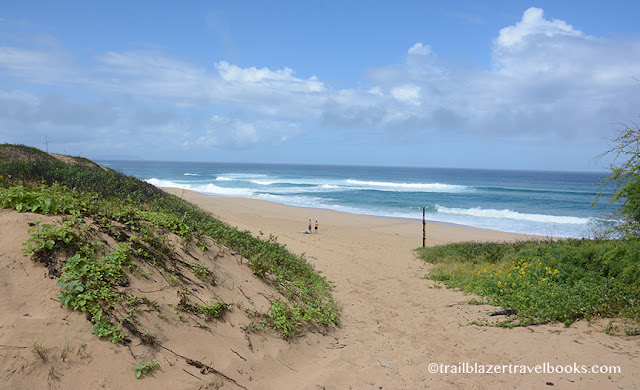 Huge dunes and a wide swath of sand runs for 20-plus miles around Mana Point all the way to Kekaha—but since 9/11 the government boys have much of it blocked off to beachcombers because of the Pacific Missile Range Facility that lies just inland. Still, you have several miles to pound sand. The intervening beach is called Barking Sands due to the 'woofing' sound the dunes make when built up sand slides. 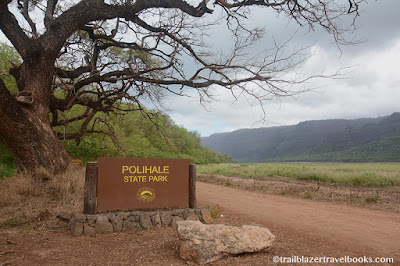 The entrance to the state park is 3 miles in from the end of the highway is west Kauai. The road sometimes floods in the winter, causing a closure, and is almost always slow going with puddles, potholes, and ruts. From this sign at 'monkeypod junction,' Polihale State Park facilities are about 1.5 miles to the right and Queens Pond is .25-mile to the left. 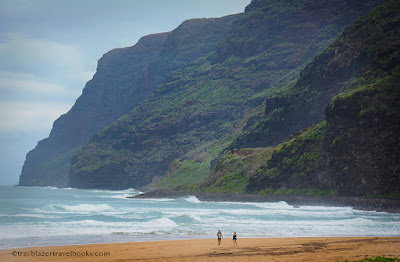 Walking to the right at Polihale gets you to the base of 2,000-foot-high Polihale Ridge, one of a dozen ridges that radiate out from the rugged, roadless north shore of Kauai, beginning where the road ends at the Kalalau Trailhead and ending here. You can access the Polihale Ridge Trail from the road to Waimea Canyon. Misty winds rise up the face of the cliff, which in Hawaiian lore is the place where the spirits of the dead were said to head to the next world. Keen eyes will spot a mountain goat way up there, more often than not. 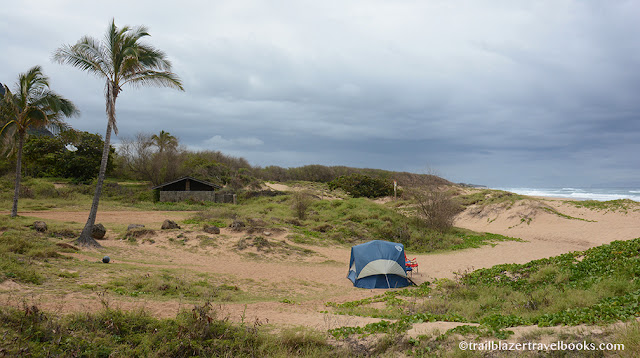 Though this tent is set up for day use, a campgound on top of the dunes that runs for about a half-mile—the best beach camping in Hawaii if solitude is what you seek. Kauai Trailblazer has more details on Polihale State Park, and other wild places close by.

BTW: Using the Navy's arcane permit process, you can apply (and pay $25) for a guest card, though it is probably less of a hassle to visit Cuba. On the other hand, if you plan ahead a couple months and you can be one of the few to see all of Barking Sands, and also some Hawaii's best wildlife seascape. Local surfers are all over it. A background check is included in the application process. Call 808-335-7936 or click http://www.cnic.navy.mil/content/dam/cnic/cnrh/pdfs/PMRF/MWRGuestPass.pdf 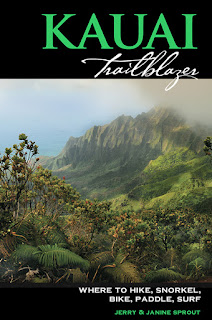 https://goo.gl/maps/3QHprsZCKEN2
Email ThisBlogThis!Share to TwitterShare to FacebookShare to Pinterest
Posted by TrailblazerHawaii at 10:04 AM