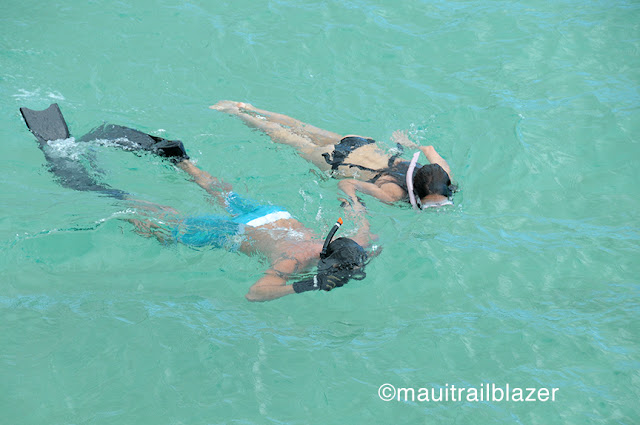 Makena State Park, south of Kihei-Wailea draws hoards of visitors, without ever managing to seem crowded. There's plenty of elbow room in the safe near-shore waters, if you don't mind being joined by schools of tropical fish and the occasional sea turtle. 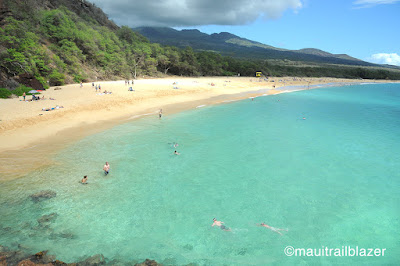 The main beach at Makena is known as Big Beach, for obvious reasons. Several parking lots normally fill up, but there's always room for one more. 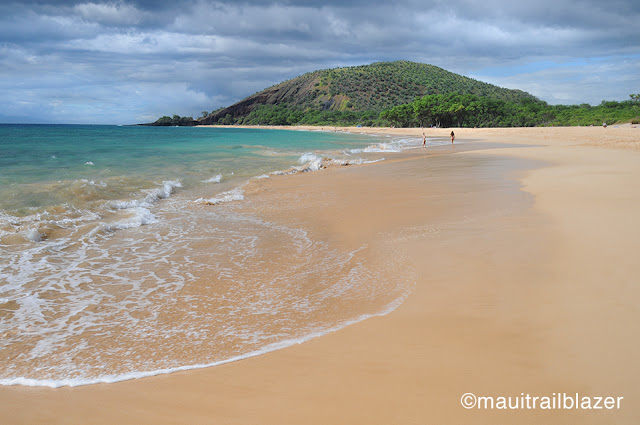 Pu'u Olai (above), a volcanic cone, anchors the north end of Big Beach. A short-but-rugged trail leads to the top, where you an circle around the cone and take in big coastal views. An unmarked, well-used trail at the base of the cone takes you to Little Beach (below). Nudists crowd this sandy cove, although nudity is unlawful on state beaches. They're packed in cheek to jowl, so to speak. Schools of dolphin frequently take in the scene from offshore. 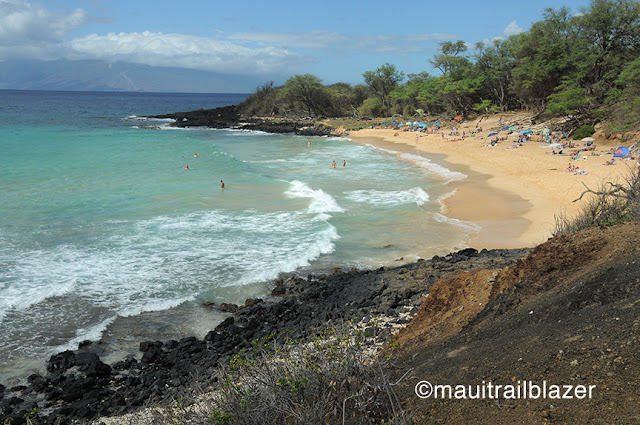 Maui Trailblazer has tips on how best to enjoy Makena, as well as a number of other beaches south of the resort strip. 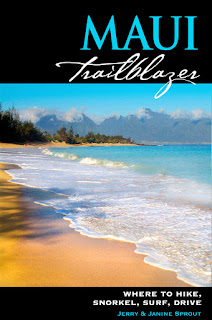 Email ThisBlogThis!Share to TwitterShare to FacebookShare to Pinterest
Posted by TrailblazerHawaii at 8:52 AM