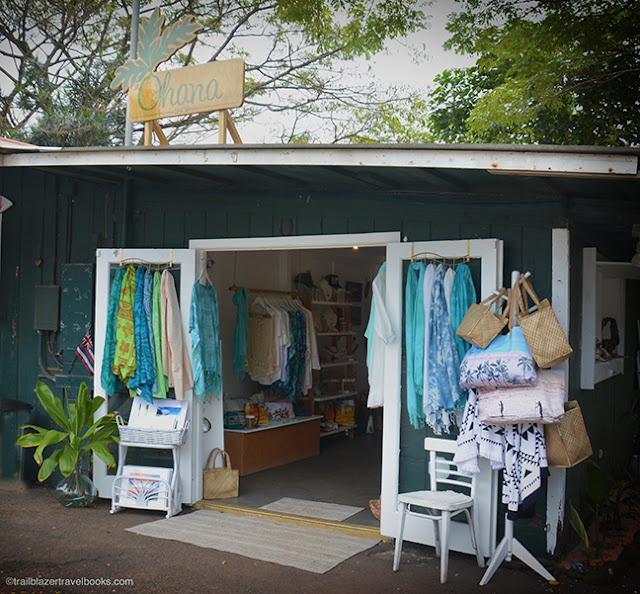 Afficiandos on Hawaiian fine art could search the entire state without finding a gallery like Koral and Moku's Ohana Shop in tiny Wainiha on the north shore of Kauai. And most visitors will drive right on by without knowing what they are missing. 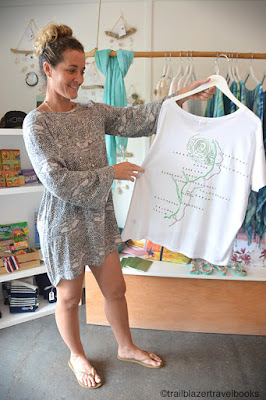 Start with the people and place: In jungly Wainiha Valley, on the other side of two one-lane bridges well past Hanalei, live pure-blooded Hawaiians who can trace their heritage back several centuries.  Up this river valley until the late 1800s lived a 65-person colony of the folkloric Menehune—descendants of the Marquesans who are thought to have inhabited much of Hawaii beginning in the second century, well before the second-wave of Polynesians arrived from Tahiti nearly a thousand years later. 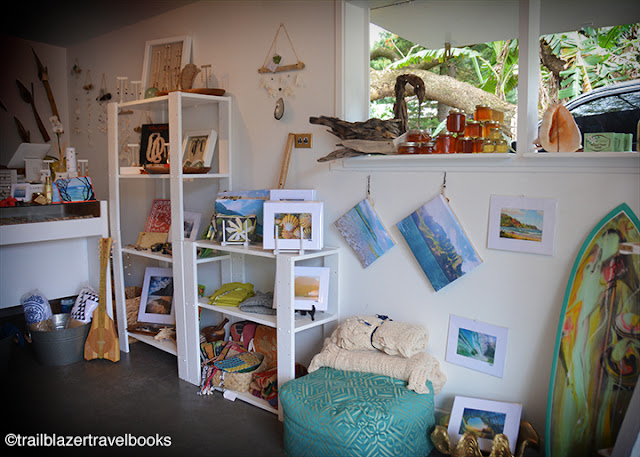 Koral and Moku, a striking couple who fittingly opened their labor-of-love gallery on Valentine's Day, both were born in Wainiha, not far from the rickety storefront (that also houses the time-honored Wainiha Store and the closet-sized Sushi Girl, which draws people from all over the north shore). Moku is of Hawaiian descent, going way back to the ali'i (royalty). 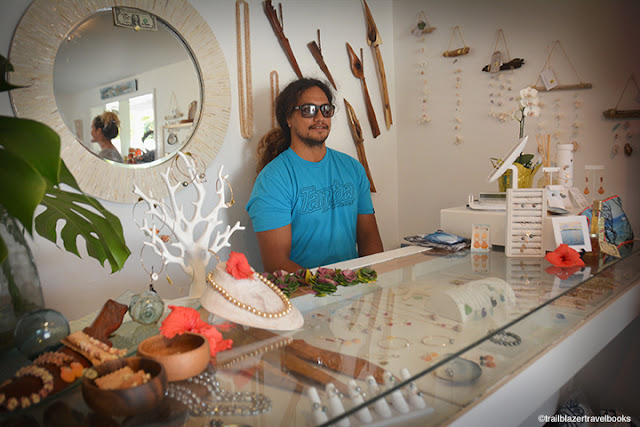 Though rooted in Hawaiian tradition, Ohana Shop's collection is a modern send-up of fine art. Koral has assembled the work of artists mainly from Wainiha and the north shore, but also from other connections  elsewhere on Kauai, the neighbor islands, and even a few pieces from Tahiti, where she and Moku travel.

Koral's jewelry is on hand, and so are prized necklaces by native people of Niihau, hand-crafted, surreally painted mini-surfboards, photographs, paintings, t-shirts from Molokai with impressions of endangered species, and ancient-style Hawaiin spearheads shaped from native wood by Moku's father (also named Moku, who has cared for nearby Limahuli National Tropical Botanical Garden for many years). 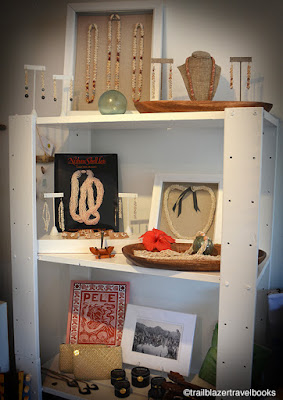 Every piece of art in the gallery has a story. The stories combine to tell a larger story of Hawaiian tradition and this young couple whose efforts are inspired by a wish to support their friends and community. The gallery is a gift-in-waiting for all visitors to Kauai. This is the sort of gallery you may enter  because you wish to support them, but you will end up buying something because the work is just plain fabulous.

Email ThisBlogThis!Share to TwitterShare to FacebookShare to Pinterest
Posted by TrailblazerHawaii at 12:19 PM