You must get back to your little grass shack, and everywhere else, in Kealakekua 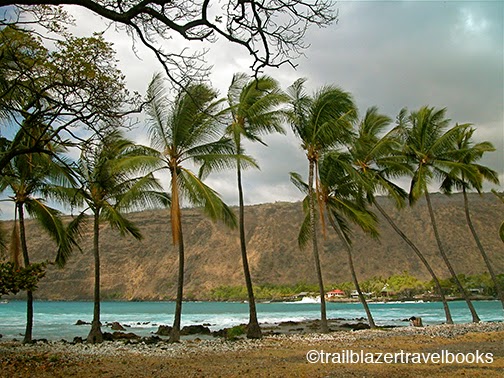 Plan on spending a day or two at Kealakekua Bay on the Big Island of Hawaii—they will be days to remember. The quick visit will involve a trip to the State Historic Park, site of a huge heiau (temple) that was the first stop for Captain James Cook and his crew in 1779. Across the bay (and reachable via a hike down from the highway above) is Cook Monument, which was the captain's last stop. Snorkeling is excellent at the monument, and also from the rocky beach at the historic park. 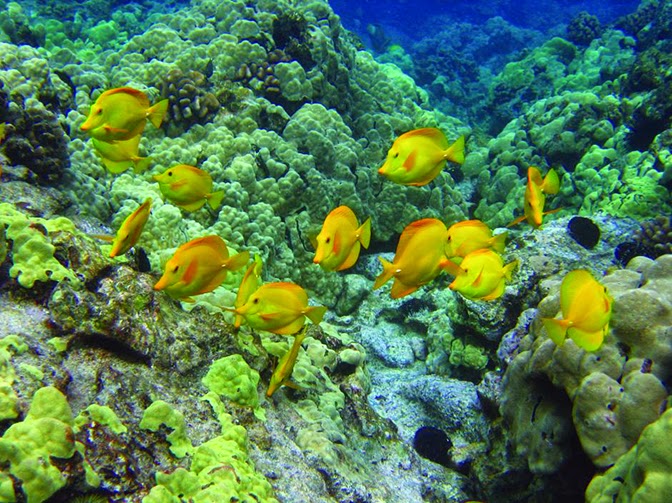 On the other end of the bay from the monument is Pu'uhonua o Honounou (ho-now-now) National Park.  Sprawling grounds feature intact ancient sites and trails lead south the the national park through an old village site along a wild coast. In between these tourist anchors are two of Kealakekua's hidden charms: litttle Manini Beach Park (from which the above picture was taken), and Ke'ei Village where few tourists venture—even though Mark Twain wrote about it and King Kamehameha's mentor hailed from here. And (almost forgot!) right next to the national park is Two Step, maybe the best shore-diving snorkeling spot in Hawaii.

Hawaii the Big Island Trailblazer has more details, pages 96 to 104. Almost forgot II: On the way down to Kealakekua is the Kona Pacific Farmers Cooperative where you can get jacked-up on samples of Kona's finest brews. They also offer the region's big fat macadamia nuts - these things are addictive. 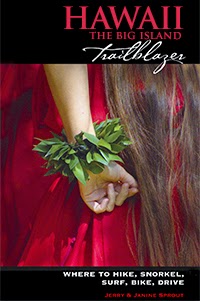 Email ThisBlogThis!Share to TwitterShare to FacebookShare to Pinterest
Posted by TrailblazerHawaii at 12:38 PM