If flying into Kona, check out the aquamarine sandy coves studded by palms that are not far north of the airport. That's Kekaha Kai (formerly 'Kona') State Park, some 1,600 acres of oasis enclosed by vast lava fields—and it should be at the top of your list of wild tropical beaches to visit.

The 1.5 mile drive into the park is over a hellishly rutted rocky road, lots of slow-speed swerving required, but it's not half as bad as it used to be. The beach park nearest the parking has picnic tables and rest rooms, but sees the fewest visitors among the three beaches nearby. A quarter-mile trail from the parking area leads to Mahaiula Bay, a palm-fringed cresent with good snorkeling and decent surfing off the north point of the bay. 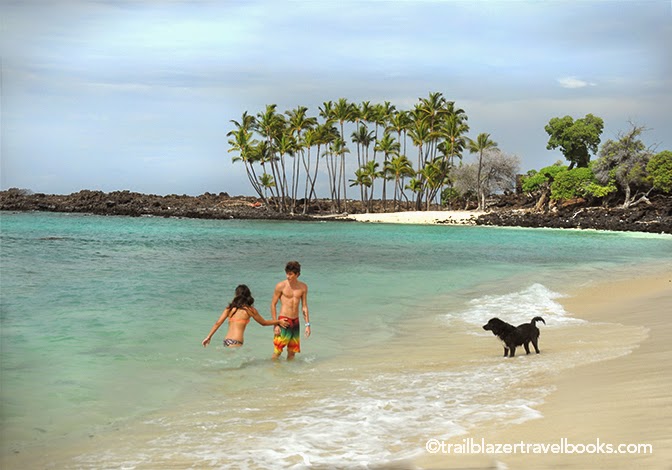 From Mahaiula, a string-straight path with stepping stones leads to the state park's showpiece, Makalawena Beach. A long sand dune backs a half-mile run of sand, with a picture-perfect kids' cove at the far end. Halfway along Makalawena is Makalawai Oasis, a brackish pond tucked just over the dune. If you're into contemplating the cosmos, this is the spot. 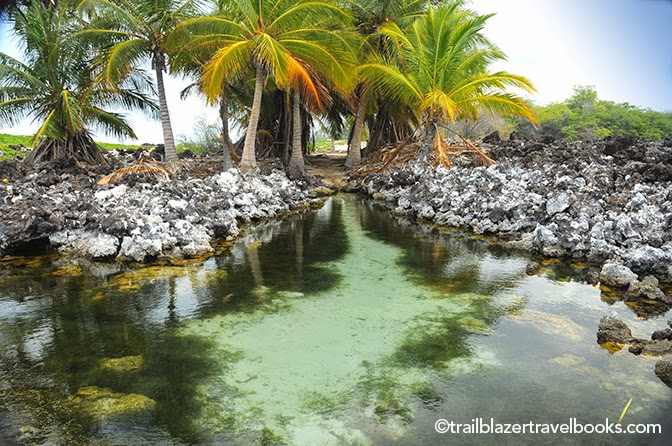 Kekaha Kai is an all-day affair. Hawaii the Big Island Trailblazer has the deets on pages 72 to 75, as well as all the low-down on other hard-to-find surprises on the South Kohala Coast. 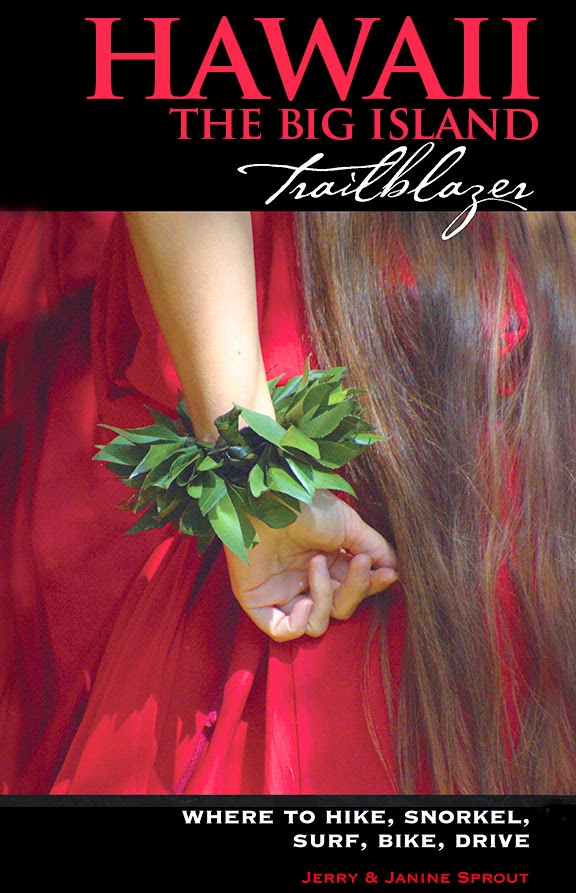 Email ThisBlogThis!Share to TwitterShare to FacebookShare to Pinterest
Posted by TrailblazerHawaii at 10:56 AM