Going 'Downtown' with I'i Brown on the Big Island of Hawaii 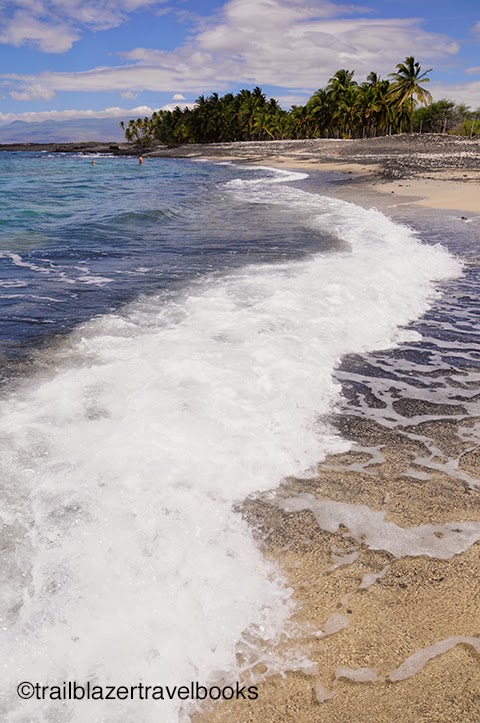 Awaiting on the South Kohala Coast on the Big Island (which runs for miles north of Kona) are wild beaches with rough coral-and-lava sand (salt & pepper) and very clear waters, since there are no streams to murky things up.

Getting to these oases always involves walking across a hellish slag heap of lava, which is not bad if there's a trail—like the King's Trail that borders the coast—but impossible if there's not one. 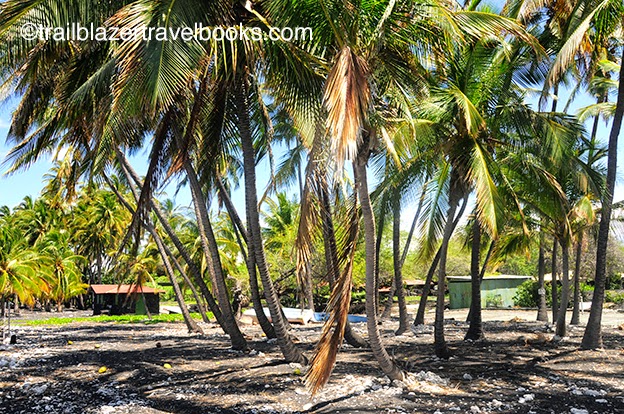 South of the posh Mauna Lani Resort are the remains of the Francis I'i Brown retreat, which, believe it or not, was party central in the 1920s and the following decades, hosting the likes of Mae West, Babe Ruth, and a young Bob Hope at moonlit drinkathons. Brown, sort of the Great Gatsby of the Big Island, was the great gandson of the distinguished John Papa I'i, who was counsel to Hawaii's first three kings, Kamehameha the Great, followed by his two sons. Today, rusted barbed wire encloses the modest, forlorn buildings and grove of coco palms.

But the coast is wide open, with bays to the north and south and several spots to slip in and bob around in gin-clear water. Hawaii the Big Island Trailblazer has directions to this getaway on pages 63 and 64.

If you're itching to go to Hawaii but can't make it this year take a Trailblazer Travel Book photo tour of all the islands here: http://www.panoramio.com/user/4868996

Email ThisBlogThis!Share to TwitterShare to FacebookShare to Pinterest
Posted by TrailblazerHawaii at 12:18 PM