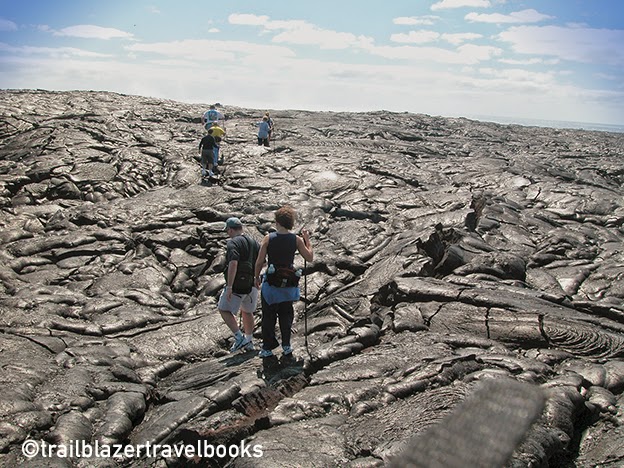 New land is being created every second at Hawaii Volcanos National Park on the Big Island of Hawaii and—let's hear it for the Park Service—visitors are allowed to explore at will. The lava pictured above is the good kind, called pahoehoe (pa-hoy-hoy), which rolls and tufts like brownie batter. When fresh, the surface has an oily sheen. To actually see flowing lava these days, you need to leave the park and head to the Puna Coast, about an hour east of Hilo.

Although prepared hikers will have no problem, there are hazards: heat exhaustion, getting lost, falling with landslides near the coast, getting caught in a blast caused by buried vegetation, and, of course, getting burned by the actual molten rock. Hawaii the Big Island Trailblazer describes the best hikes in and out of the park, as well how to prepare for a safe trek.

One of the most popular hikes is the Kilauea Iki Crater, which a smaller 'bay' of lava, off of the park's main Kilauea Caldera. You drop down through a bird-filled, tree-fern-and-ohia tree forest, cross the still-fuming field of lava, and then climb up through the lush forest to complete a loop hike. The trailhead is across the road from the most-popular stroll, through the massive Thurston Lava Tube.

BTW: The bad kind of lava is called a'a (ah-ha). Instead of rolled batter, this lava hardens in jagged piles that are virtually unwalkable. South Kohala, which is home to the Big Island's best destination resorts, is in a sea of this stuff. The King's Trail penetrates large sections of this no-man's land, an ancient route that is marked in places with flat rocks embeded in the slag heap. 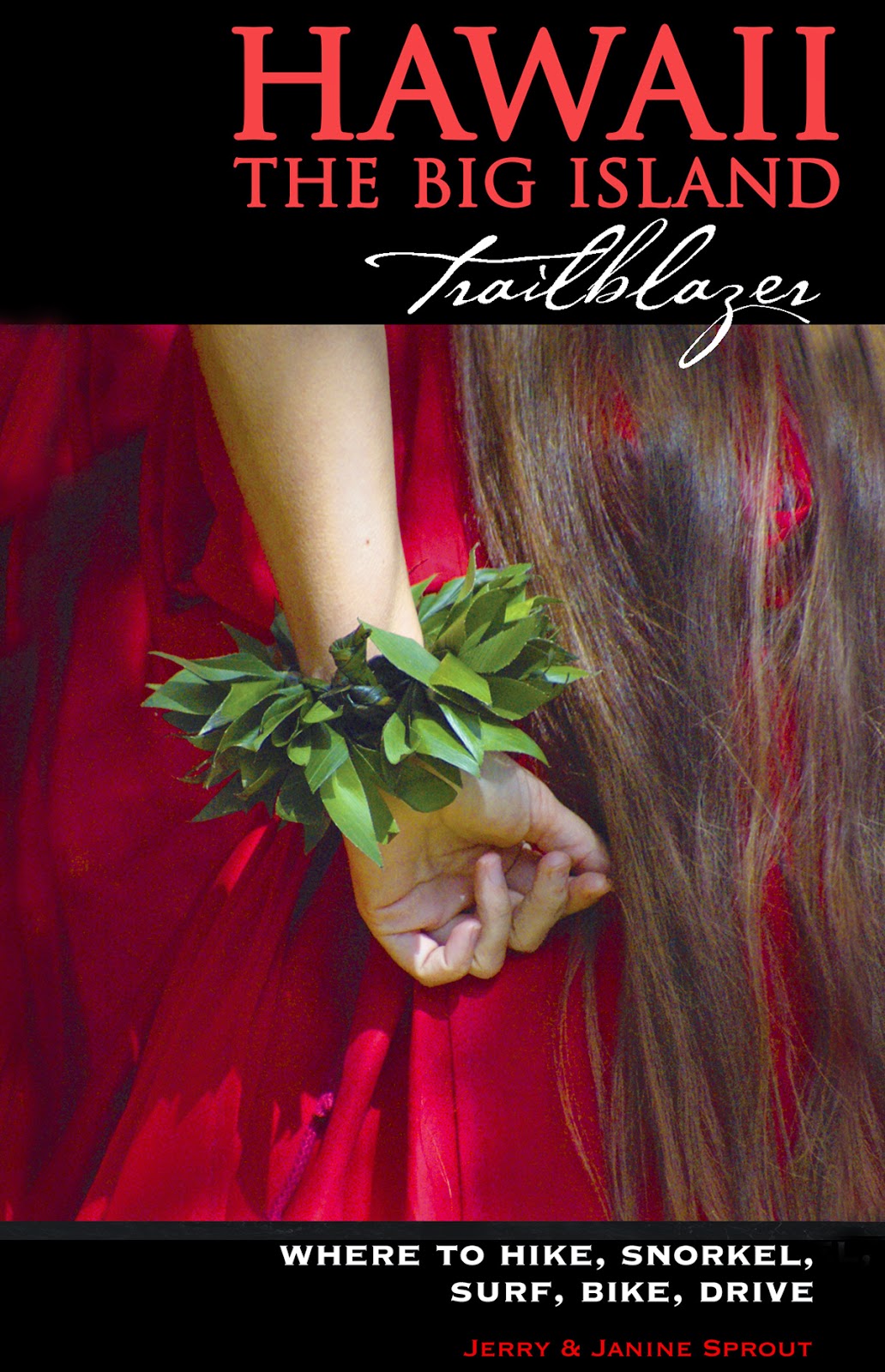 Email ThisBlogThis!Share to TwitterShare to FacebookShare to Pinterest
Posted by TrailblazerHawaii at 9:17 AM