It's not hard to figure out where the fresh lava has closed the road in Kalapana. White arrows lead over the smooth ('pahoehoe') sections of oily-black crust. But the going gets tricky when looking for where the red-hot lava is surfacing on any given day. Many people bring flashlights and head out at night in search of the glowing rivers of lava. 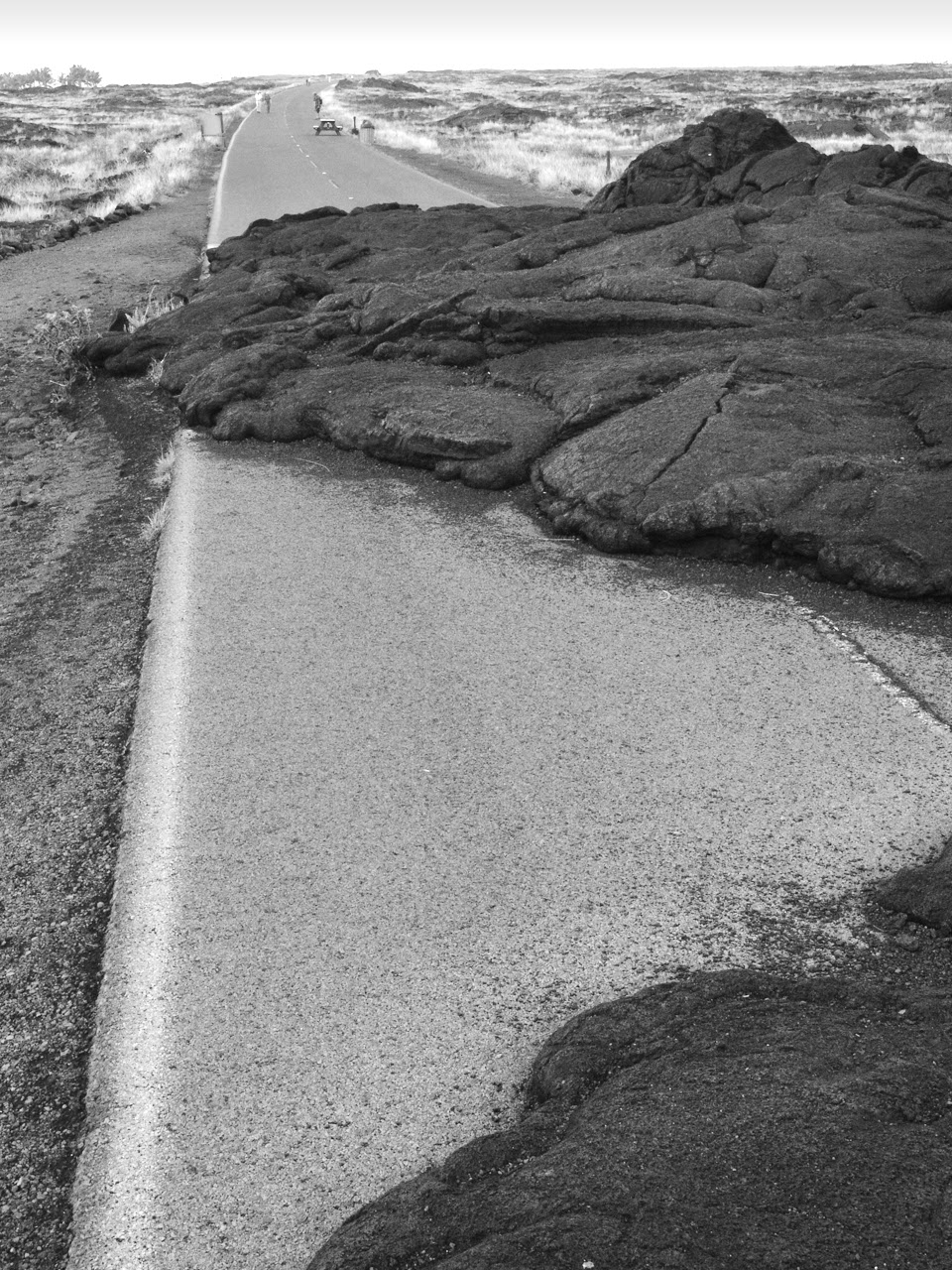 Several hundred homes have been torched and buried since the Pu'u O'o flows began more than two decades ago, but lady luck smiles on some buildings, leaving them marooned in a sea of black rock.

A few miles from the current hot spot is Kalapana Bay, which was filled with lava, but is now showing new growth. Some palms were planted by locals, speeding up the natural process, but Mother Nature is also doing the job on her own, as ohia trees and ferns are sprouting toward the sun. New land and life is appearing at ocean's edge.

Wave action is pulverizing lava, mixing it with coral and gradually mixing with new organic materials to make soil. Hawaii the Big Island Trailblazer has details on where to go to see today's Eden--as well as safety tips and advice.


Email ThisBlogThis!Share to TwitterShare to FacebookShare to Pinterest
Posted by TrailblazerHawaii at 11:35 AM