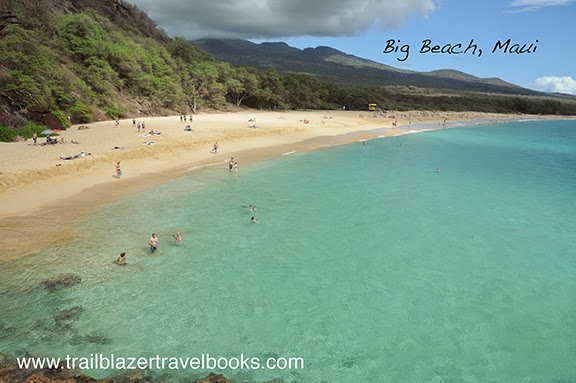 Though throngs of tourists and locals fill several huge lots at Makena State Park, the beaches retain a wide-open and wild vibe, with fine sand, foamy waves and a backshore that rests below the lower green slopes of Haleakala. Most people head to Big Beach, nearly a mile long. A shore break invites skim boarders, while snorkelers flipper around the point on the north side. The sunsets are fab, with a view of Kaho'olawe (island) resting on the horizon. 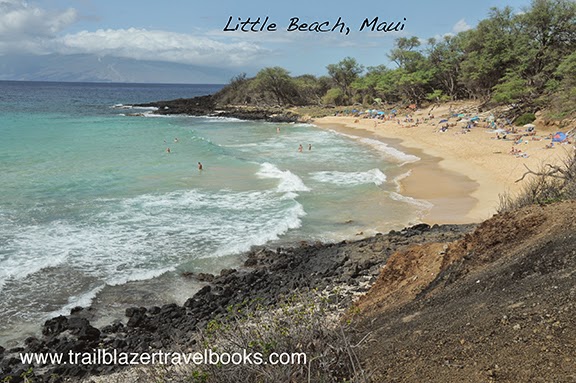 Little Beach is, yes, much smaller. It's also magnet for people hankering to expose bare bottoms to the Hawaiian sunshine. Though nudity is unlawful of all beaches in the Islands, you'd never know it after making the steep walk over the point at the north end of Big Beach to this sister cove. Spinner dolphin, perhaps into people watching, are known to circle around offshore. Separating the two beaches is Pu'u Olai, a historic volcanic cone that gives you a view of the coastal spectacle from about 350 feet.
Email ThisBlogThis!Share to TwitterShare to FacebookShare to Pinterest
Posted by TrailblazerHawaii at 8:11 AM