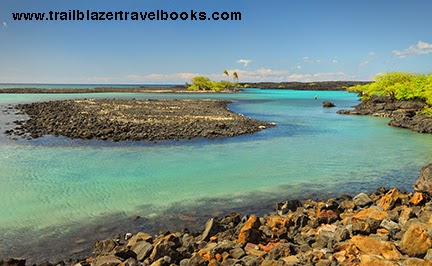 At the north end of 2-mile-wide Kihilo Bay, Blue Lagoon is a luminescent streak of turquoise that is difficult to resist. The best way to get there via the signed Kihilo-Huehue trail is on page 65 of the Kauai Trailblazer guidebook. Once reaching the water most people wade the channel to the spit on the other side. You'll pass sprawling dollops of lava and brilliant blue inlets, sunbathing salt-encrusted large turtles and others gliding through the water.

The lagoon was part of a massive fishpond built by Kamehameha the Great in 1810, which was considered an engineering marvel by early Western visitors. Walls 8-feet high and 20-feet wide formed a deep-sea fishpond that was nearly two miles around. An 1859 Mauna Loa eruption, which created Lae Hou Point that you can see to the north, destroyed much of the pond. 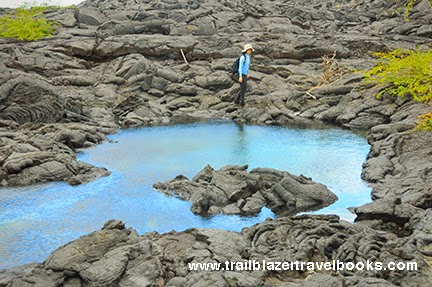 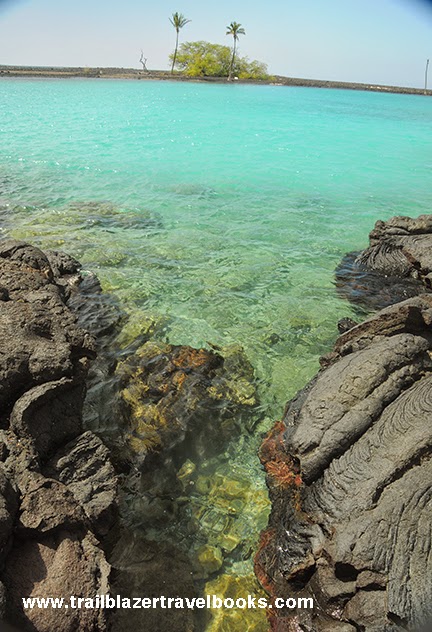 Email ThisBlogThis!Share to TwitterShare to FacebookShare to Pinterest
Posted by TrailblazerHawaii at 2:47 PM