Hawaii's Five Top Temples: history in the here and now 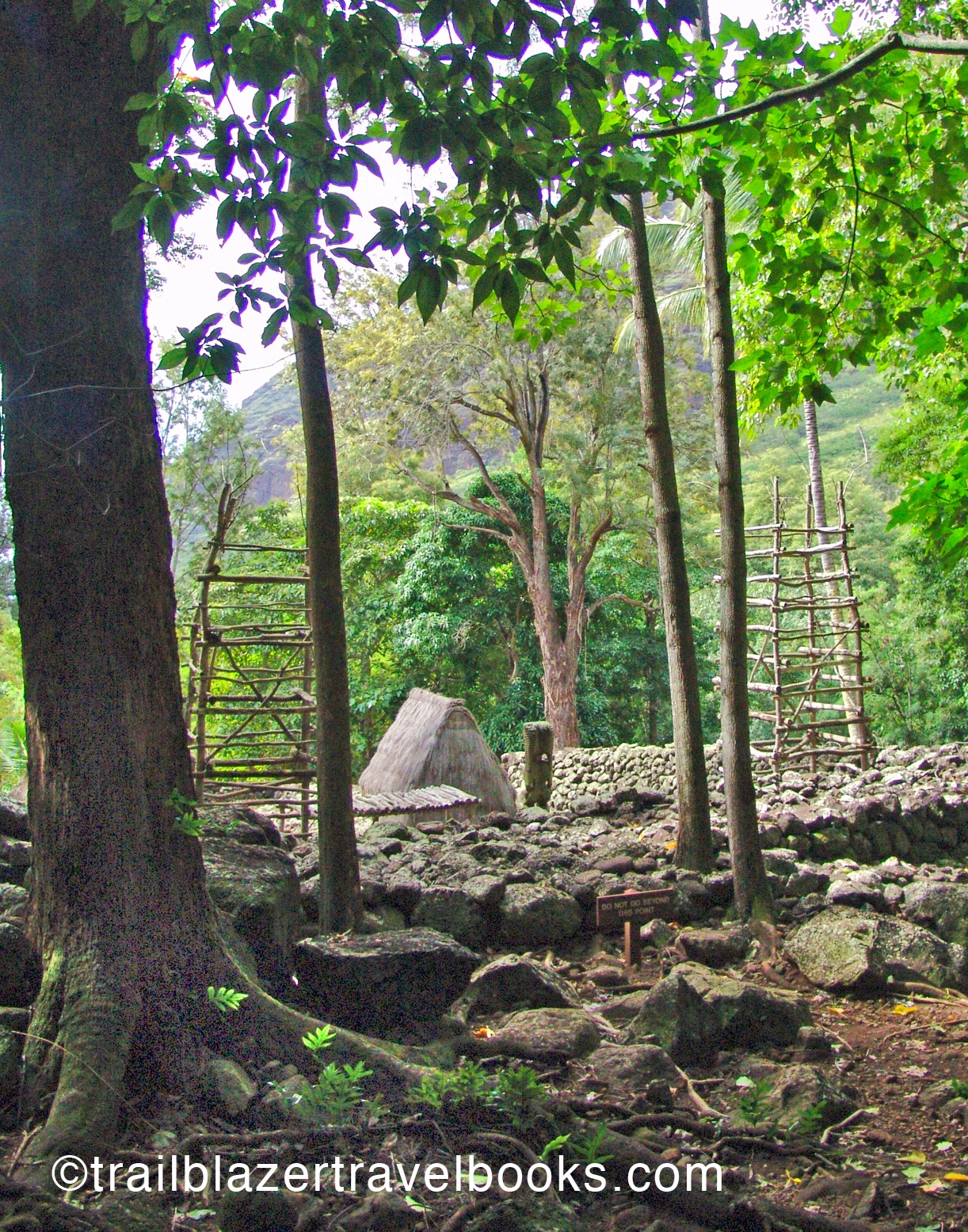 Although Hawaii has many fine museums and cultural centers, much of the story of the Ancient Polynesions is told in the wilds, where it took place. Some sites are national, state, or county parks, but others lie unsigned in the hinterlands of the islands.

Among the hundreds of lava-stone temples, called heiaus (HEY-ows), are the "five best," listed below (not listed in any particular order). When constructed, the heiaus had elaborate wooden structures, made of poles fixed together by leaf-twine, frond roofs, and floors made soft by woven mat layerings. The structures withstood hurricane force winds and torrential downpours. Heaius served various purposes, included traditional houses of worship, but also as shrines to everyday pursuits, such as fishing, navigation, and even surfing.

Note: It goes without saying, but if visiting an ancient site on Hawaii, take care not to disturb anything. Also remember that to Hawaiians, these are not historic sites, but still-living edifices to the Hawaiian way of life.

1. Kauluolaka Heiau, Kauai. Located on the north shore below the beginning of the Kalalau Trail, this hula platform is revered as a birthplace of the native dance.

2. Kaneaki Heiau, Oahu (pictured). Makaha Valley on the island's Wainae Coast is where King Kamehameha's forces gathered to prepare for what was an unsuccessful final attempt to invade Hawaii (a hurricane did them in at sea). The temple, on private land, may be visited for free, but only at certain times.

3. Pi'ilanihale Heiau, Maui. Rising like an Aztec temple from the jungle, this temple is on the grounds of a national tropical botanical garden near Hana.

5. Mo'okini Heiau, Big Island. King Kamehameha was born at this windswept monument on the north shore that has a big view of Maui. The future king was spirited away as an infant to avoid harm from his enemies.

If visiting ancient sites is chief among your reasons for visiting Hawaii, then the Big Island is the place to be. No Worries Hawaii, a planning guide, has lists of the top five, and top 20, best places for 36 different categories, such as surfing, wild beaches, hiking, and ... everything. (NWH has a self-test that helps you select which island is best for you and your travel mates.)

Trailblazer guides for each island give details on all ancient sites listed, as well as tons of more stuff.
Email ThisBlogThis!Share to TwitterShare to FacebookShare to Pinterest
Posted by TrailblazerHawaii at 11:12 AM