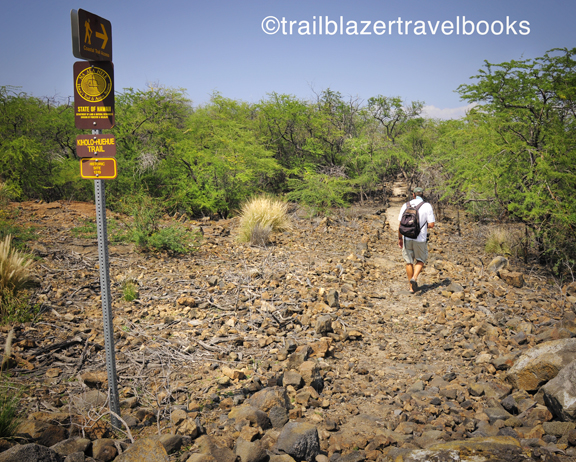 As is often the case on the Big Island of Hawaii, paradise awaits down a sun-scorched rocky road that is hard to find. In this case, paradise is

Wainanali'i (Blue) Lagoon, in the middle of the South Kohala Coast, a hangout for sea turtles. The lagoon was built as a fishpond in 1810 at the behest of King Kamehameha the Great, although lava flows and wave action have done some damage over the years.

Enticed by the view of a turquoise streak from a highway scenic viewpoint, many visitors embark on a dry, wandering trail that drops through a kiawe forest. A better option is to drive down on a state park road that is about .25 mile from the viewpoint. The distance to Blue Lagoon is similar, but the trail is along the coast, easier to follow, and has no drop in elevation.

Kihilo Black Sand Beach, along the Huehue Trail, has excellent snorkeling--better than the lagoon itself, which tends to be milky because of silt, and suprisingly cold, due to fresh water intrusion below its surface.

You'll see a couple mega-mansions along the way, including the hardwood beauty imported from Indonesia by cosmetics tycoon Paul Mitchell. More modest cottages (and some in artful ruin) line a sweet cove just before Blue Lagoon. 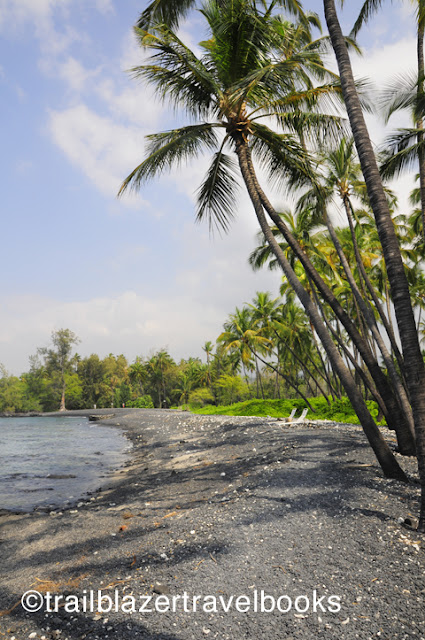 Turtles haul out along a lava-banked shoreline, turning crusty white in the sun. Their shells sparkle amber when they ease back into the aquamarine. Hawaii the Big Island Trailblazer has more details.
Email ThisBlogThis!Share to TwitterShare to FacebookShare to Pinterest
Posted by TrailblazerHawaii at 8:59 AM