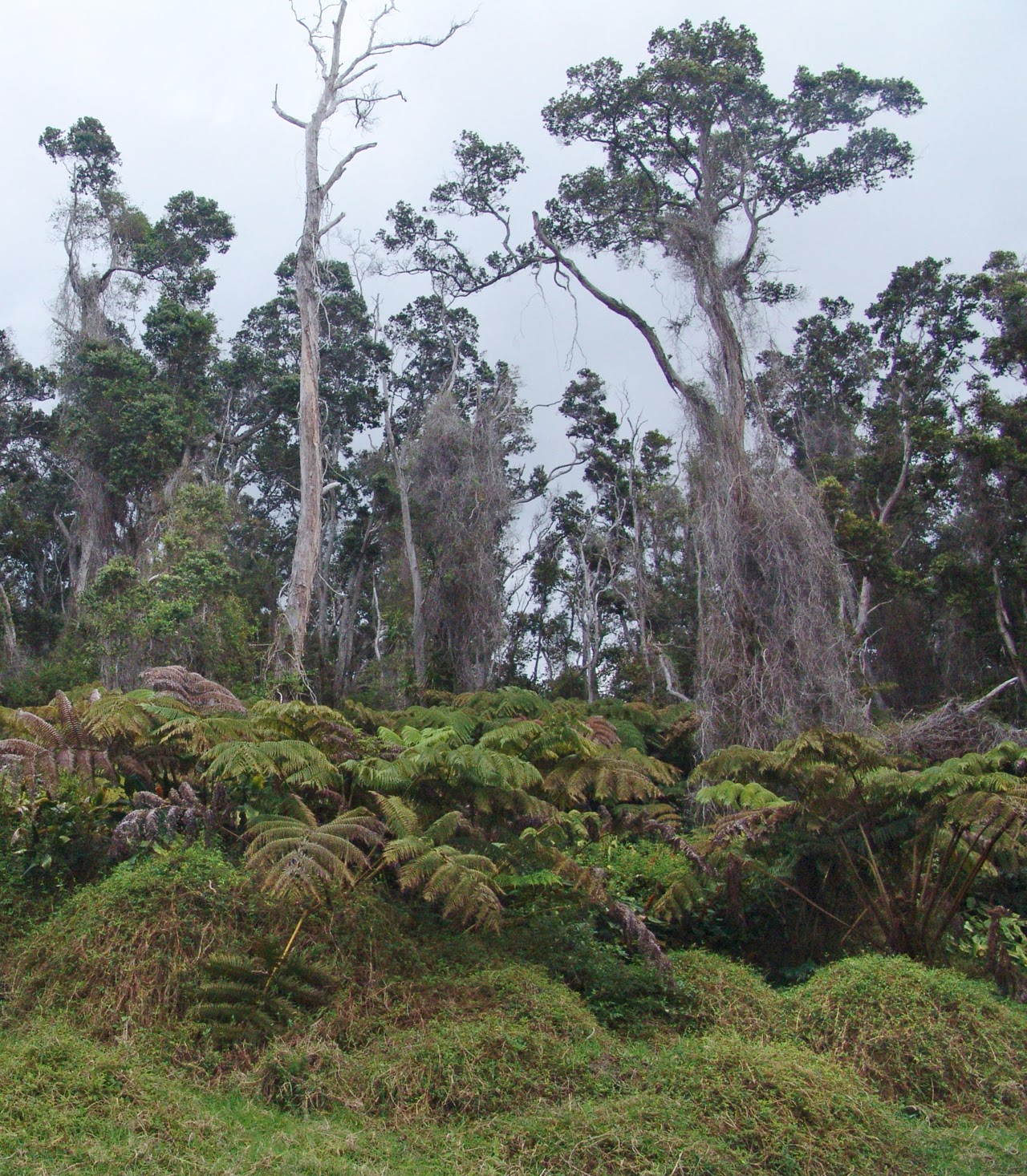 Hawaii Volcanoes National Park on the Big Island centers around the Kilauea Caldera, a barren crust of lava that is currently (from its Halemaumau Crater) spewing metric tons of noxious gasses into the atmosphere. The vast moonscape of the park on the island's east side is connected to, but a world away, from its newest section: 116,000 acres of tropical forest that will bring out your inner Tarzan.

In 2003, HVNP doubled in size when a portion of the former Kahuku Ranch was added. The easiest access to the lush forest is a long way from the main park entrance. The best way to get there is off Lorenzo Road, near the turnoff to South Point, about 50 miles away (see Hawaii the Big Island Trailblazer, page 117). Park official guess that plans to develop and publicize this area of the park will be completed in 2016. But it's open for adventurers right now.
Email ThisBlogThis!Share to TwitterShare to FacebookShare to Pinterest
Posted by TrailblazerHawaii at 7:31 AM