Hula Tells the History of Hawaii


For Mainlanders today, hula calls forth images of dashboard bobble-head dolls and boozy late-night scenes in tiki bars. Those kitschy pictures have grown out of post-WWII tourism. But hula dancing, which is accompanied by chants and song, is as old as the islands themselves. The graceful movements of the dancers tell the stories of Polynesian ancestors who came to the islands more than 2,000 years ago—and pay tribute to the plants, animals, and places of Hawaii that have allowed the people to sustain their way of life for centuries. 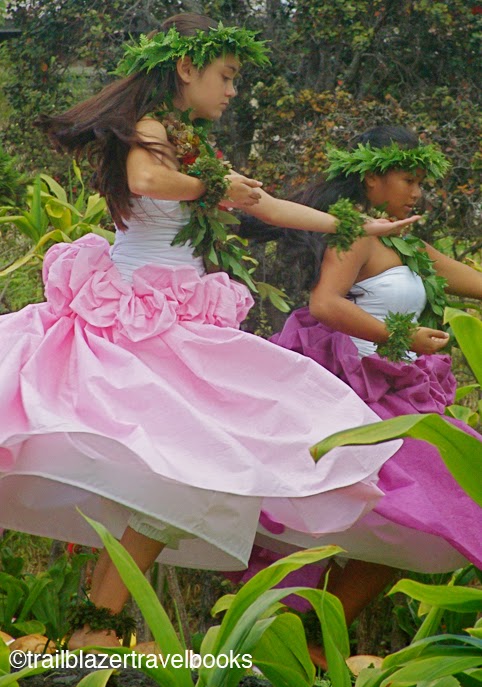 Hawaiians did not have the written word until the Western world showed up in the late 18C, and hula chants were the living, breathing way to keep record of the culture. For about 50 years in the 19C, Hawaiian royalty embraced the Christian views of the missionaries who had arrived, and hula was forbidden. But the dances were kept alive underground. Recent decades have seen a dramatic re-emergence of the traditions, and schools (hula halaus) are prevalent on all the islands.

The dancers here perform at the historic Pele hula platform at the rim of the Kilauea Caldera at Hawaii Volcanoes National Park on the Big Island. Just down the highway in Hilo, the Merrie Monarch Festival in the spring hosts a dancing competition and performance attended by hundreds of performers from throughout the islands. Tickets are hard to come by.
Email ThisBlogThis!Share to TwitterShare to FacebookShare to Pinterest
Posted by TrailblazerHawaii at 8:48 PM