Tsunami no Party in Waikiki 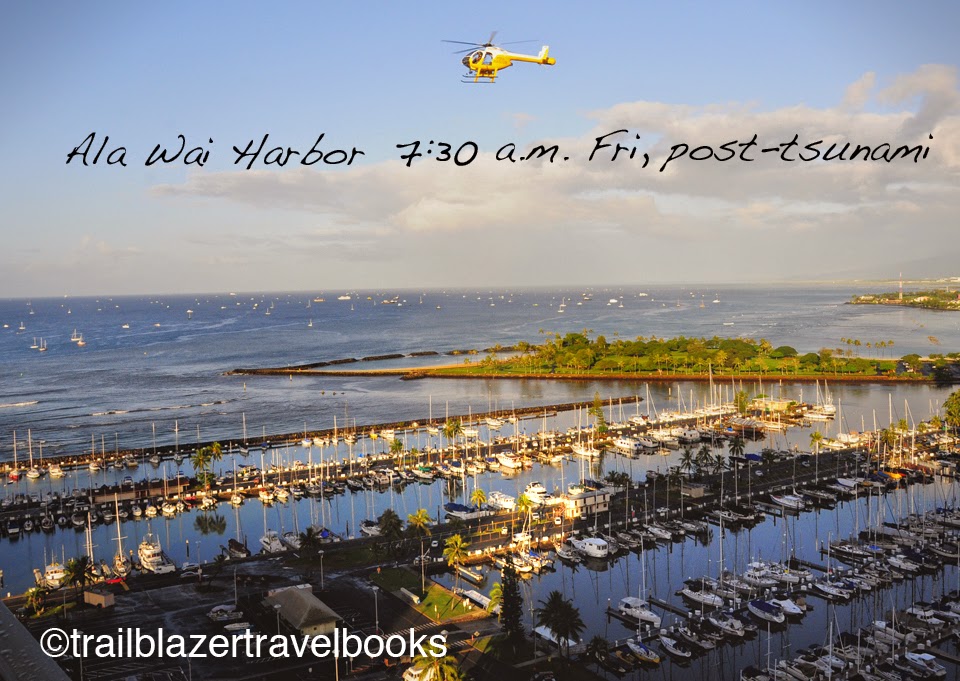 With 6,000 sailors from an aircraft carrier and 10,000 Japanese gathered for an annual festival, Waikiki was just starting to amp up for the evening. But at 10 p.m. air raid sirens drowned out the thumpa-thumpa of local dance clubs, as Hawaii Civil Defense called for an immediate evacuation.

Police with megaphones cleared the streets—all of Waikiki is in the hit zone. Gas stations and food marts sucked in business. Residents streamed from the beach to Diamond Head, Tantalus, and other high ground of metro Honolulu. Tourists (sirens sound in every room) we're orderd to make a "vertical evacuation"—everyone from the first floor to the fourth pushed the up button in elevators.

A real scramble took place at Ala Wai Harbor, right at the edge of Waikiki, as boat owners hauled vessels out of the water, or, more commonly, headed for open sea (see photo of boats sitting it out until all-clear from Coast Guard). Alarms and sirens continued on the hour until 3 a.m., the scheduled arrival time of the big wave. Thankfully, it was anticlimactic. Although the sea withdrew to expose reef locals had never seen before, the ensuing rush was only two feet high.

This morning at 8, roads remain closed and boats must still reamain at sea, although the warning has been downgraded. On Kalakaua Boulevard, the main drag in WKK, tourist are emerging bleary eyed from a party that turned out to be a suprise.
Email ThisBlogThis!Share to TwitterShare to FacebookShare to Pinterest
Posted by TrailblazerHawaii at 10:50 AM