In 1892, Hawaii was recognized throughout the world as a sovereign nation and the Iolani Palace was its White House. Artfully decorated from the monarch's world travels, the palace was also state-of-the-art construction, boasting electricity and telephones before its Washington D.C. counterpart. 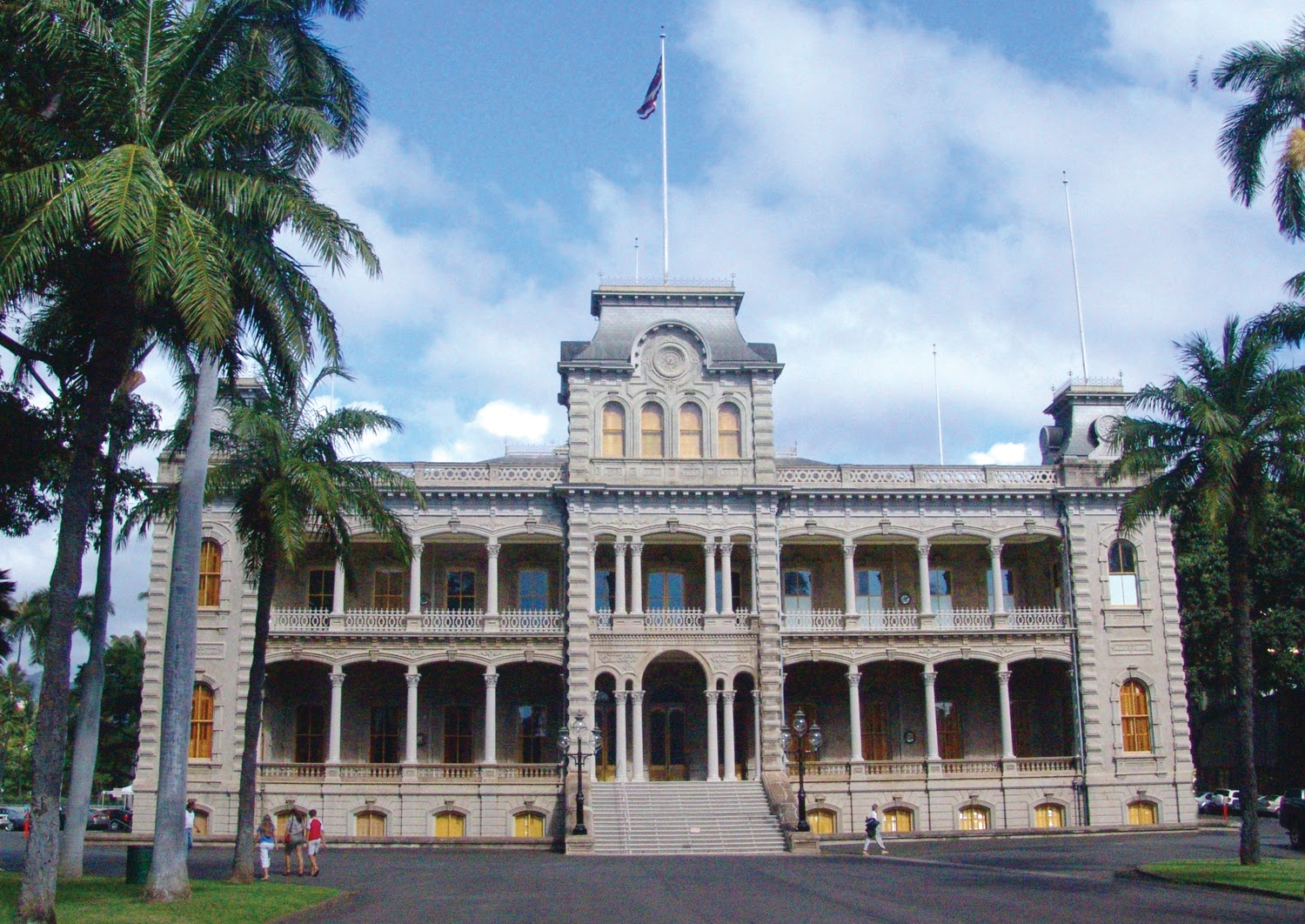 In 1891, King David Kalakaua died, and the country was ruled by his sister, Queen Liliuokalani. In 1893, American businessmen, who for generations since the Kamehameha monarchies had become intertwined in agricultural businesses and politics, made a power grab and seized the throne. When loyalists to the Queen protested, Lilioukalani was imprisoned in a bedroom of the palace. Then-U.S. President Grover Cleveland demanded that the monarchy be restored, but when he left office in 1898, new President McKinley annexed Hawaii to the United States.

The issue remains an active. President Clinton formally apologized to Hawaii in 1993. For the Kingdom of Hawaii, Iolani Palace represents both great joy and great sadness—and today the tenor there is a bittersweet realm in between. Tours are offered daily, and the grounds are not to be missed as part of a Honolulu walking tour (see Oahu Trailblazer, pages 31-39). On Fridays at noon, the Royal Hawaiian Band, which dates from 1850, treats visitors to a free concert at the Coronation Pavilion.
Email ThisBlogThis!Share to TwitterShare to FacebookShare to Pinterest
Posted by TrailblazerHawaii at 8:18 AM