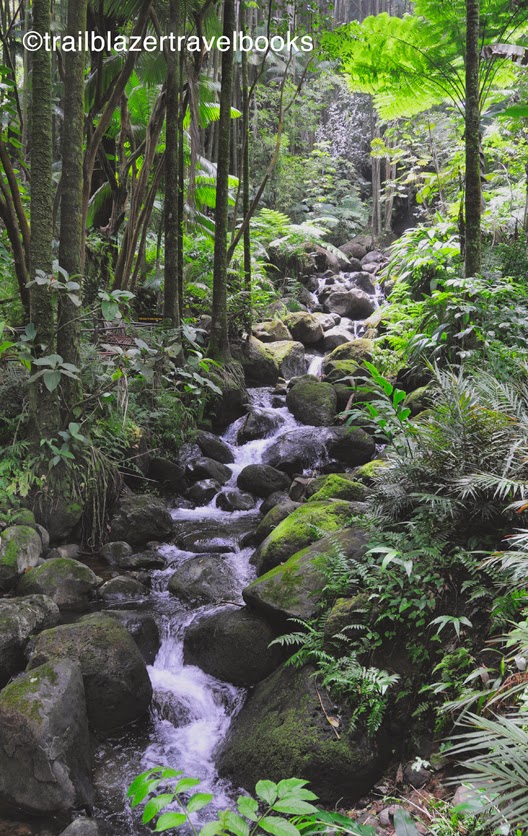 The experience begins at the Hawaii Tropical Botanical Garden—located just north of Hilo on the Big Island's Hamakua Coast—on a 500-foot long boardwalk that descends along a streamside Eden. Though not huge by Hawaiian standards—about 40 acres that front two coves on a rugged coast—the gardens offer dozens of wandering paths that are punctuated with ideally situated benches. The longer you sit, the more you see, as layers of the tropical profusion emerge and envelop. The seeming chaos of greenery reveals itself, the master plan of dedicated botanists and gardeners who have tended thousands of plants, trees, and flowers for more than 3 decades at the nonprofit garden. 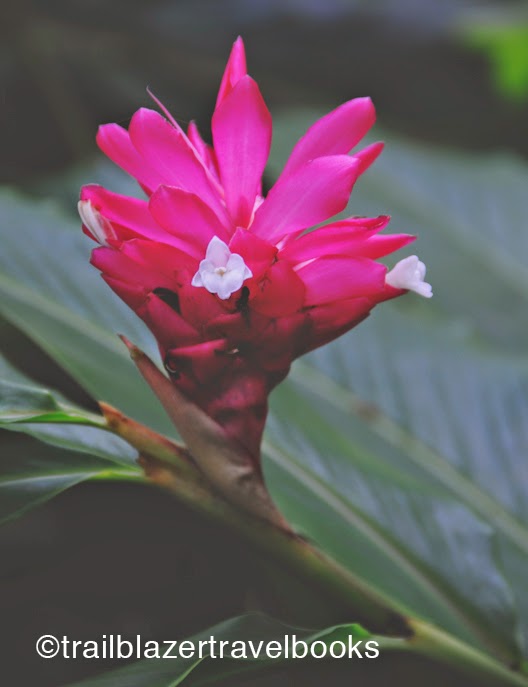 Paths reach a waterfall, footbridges, a koi pond that Monet would love, and an aviary housing big squawking shamrock macaws. Other paths cross a public easement to coves (Turtle Bay and Onomea Bay) where waves do battle with tufts of lava reef. HTBG is one of dozens of tropical gardens in Hawaii, and not one of the four National Tropical Botanical Gardens in the state—but it stands shoulder-high among the elite. It's easy to miss. Take the Onomea Scenic Highway that veers from the lush Hamakua Highway and look for the garden offices after 1.75 miles. Hawaii the Big Island Trailblazer covers this coast on pages 169 through 176.


Email ThisBlogThis!Share to TwitterShare to FacebookShare to Pinterest
Posted by TrailblazerHawaii at 8:06 PM