Thirty-Year Cycle of Life on the Big Island 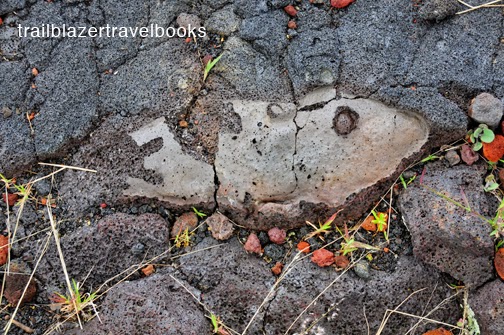 In 1983 the Pu'u O'o crater on the East Rift of Kilauea Volcano began spewing massive lava flows into the ocean on the Big Island. Some 200 homes have been destroyed by the slow-moving flows from the world's largest shield volcano. 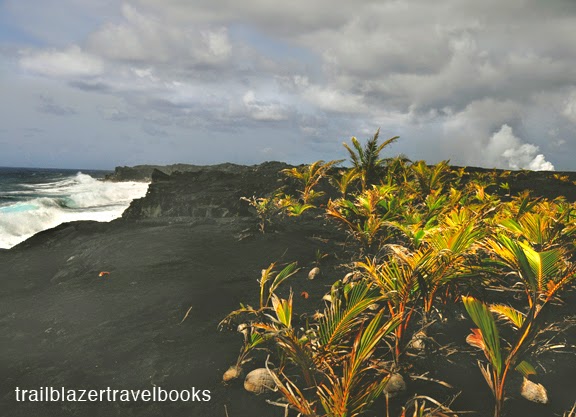 Kalapana Bay, once home to a palmy beach park, was entirely filled in with molten lava. This fish (pictured) was fried and fossilized. Now, about 3 decades later new grasses, ohia, ferns, and palm trees are growing up from the cracks in the rocks. At the shore, relentless waves are grinding the black lava into sand. One the Big Island of Hawaii, evolution—or creation of virgin life—happens in real time, not over the eons.
Email ThisBlogThis!Share to TwitterShare to FacebookShare to Pinterest
Posted by TrailblazerHawaii at 8:38 AM