Pu'u'o'o Crater, pictured here in 2005, has been sending rivers of lava into the Pacific since 1983, creating acres of new land on the Big Island, and destroying some 200 homes that were in its path. This cone is located on Kilauea Volcano's East Rift zone, about ten miles from the visitors center at the national park

Recently there's been dramatic activity at Hawaii Volcanoes National Park courtesy of their rim webcams. View the northwest rim of Halemaumau Crater falling into the lava lake on March 3. The lava lake was last seen in the 1920s. This crater blew its cork in 1974, and again in 2008, when the visitors overlook at the rim was blown to bits, thankfully, in the middle of the night. 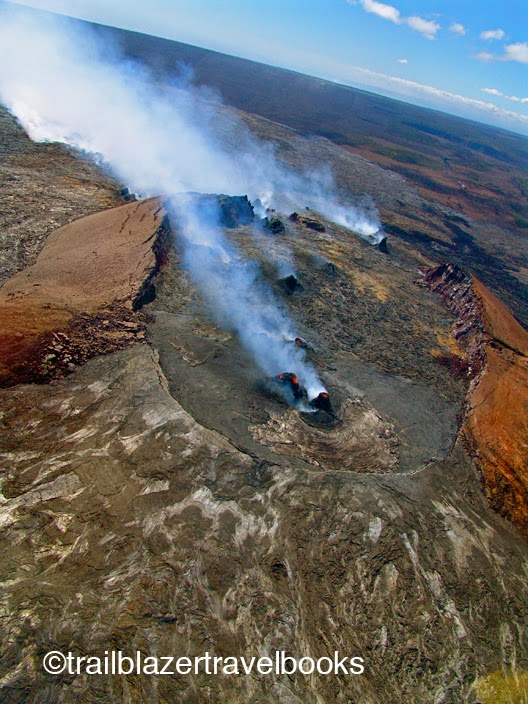 A time-lapse movie showing dramatic eruptive images at Pu'u'o'o Crater during February is also of interest. Every five minutes a frame is captured of the crater panorama. Lava finds its way down the cone it is created, superheated to melt everything in its path—rocks, steel, whatever.
Email ThisBlogThis!Share to TwitterShare to FacebookShare to Pinterest
Posted by TrailblazerHawaii at 10:52 AM