It will be a long time before friends on the north shore Kauai forget local boy Andy Irons, a world-champion professional surfer who died of an as-yet unknown illness late last year. Perhaps one day a statue will be built, but for now homemade tributes have been placed along the lush highway from Hanalei to Haena, an outpouring of feeling for one of the best to ever stand on a board. 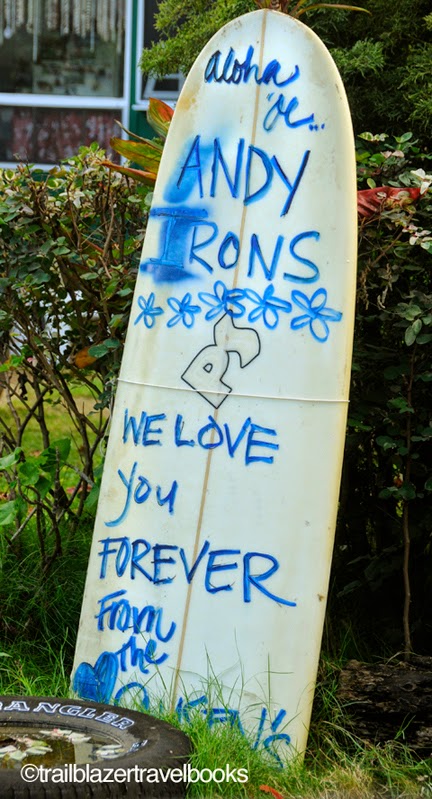 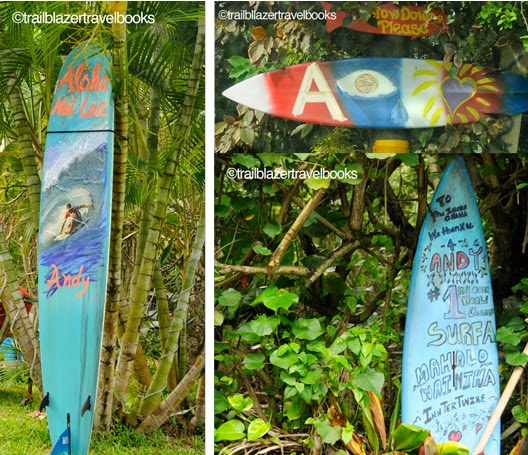 Andy's brother Bruce, also among the best professional surfers, lives on to carry the Irons' name. A surfing competition for local kids, which the brothers sponsor, will be held later this winter at Pinetrees Beach on Hanalei Bay.

ALOHA 'OI!
Email ThisBlogThis!Share to TwitterShare to FacebookShare to Pinterest
Posted by TrailblazerHawaii at 1:24 PM