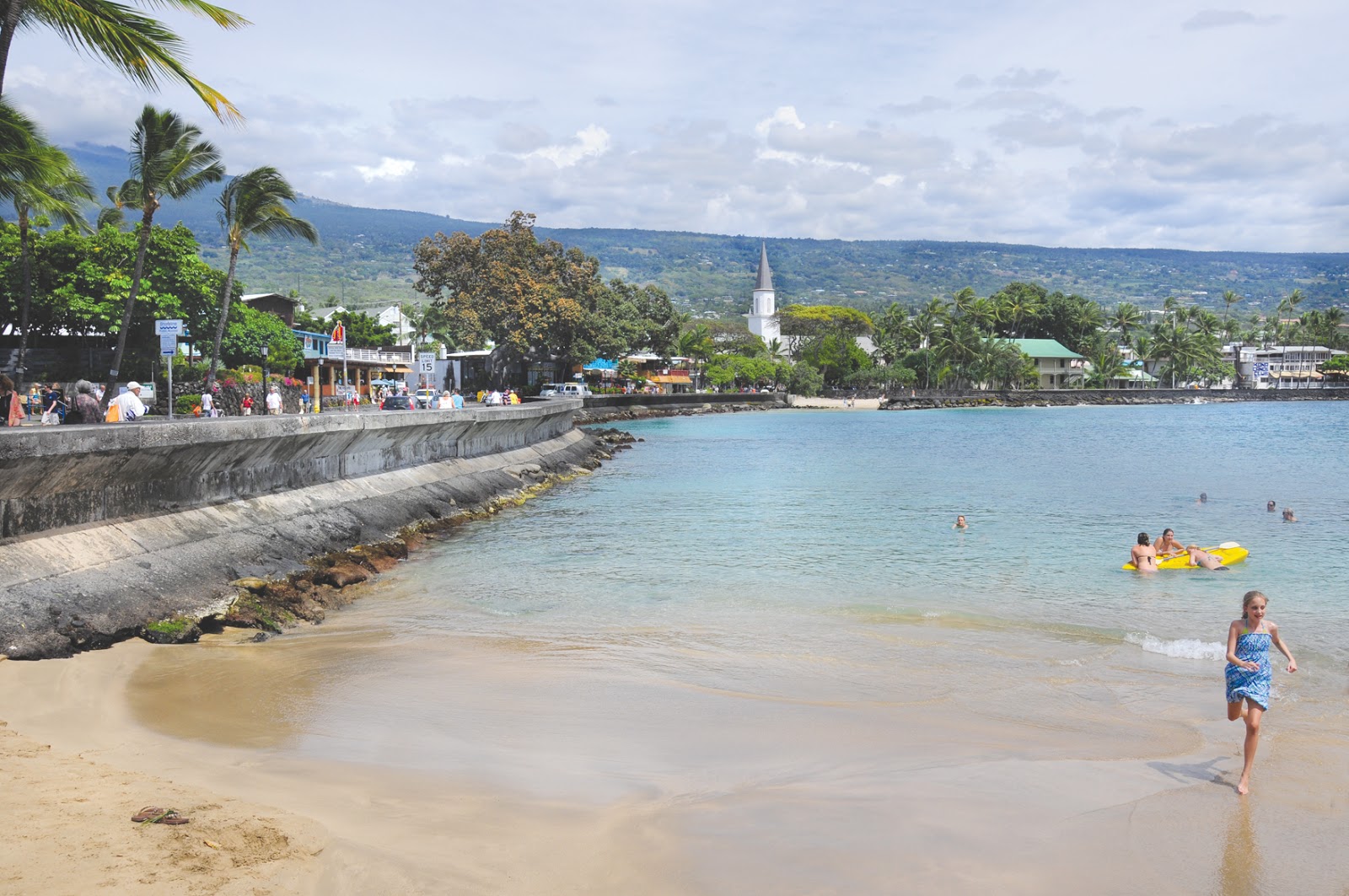 Arriving at the airport, especially on days when the vog (volcanic smog) is creeping down the barren lava fields and traffic is jammed, Kona newcomers may be disappointed with the absence of a glitzy run of sand that is normally associated with a resort area of such high repute. Don't despair. Remember that the big guy himself, King Kamehameha the Great, could have lived any where in the Hawaiian Islands and he chose to spend his final decade on the shores of Kailua-Kona. 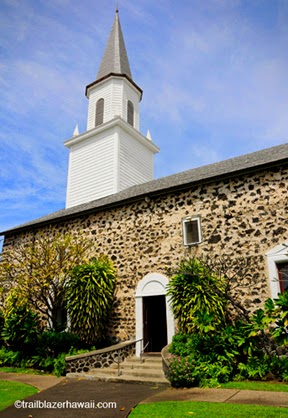 You'll find Old-Hawaii charm remains—alongside a run of restaurants, tourist shops, and mid-level resorts along Ali'i Drive. Along the seawall on the bay is Hulihe'e Palace, now a museum, built in 1838 as a home for the Big Island's second governor, John Adams Kuakini. Across the street from the palace is Mokuaikane Church, a stone edifice with towering steeple that was built a year earlier. The church, is an upgrade of the thatched-roof model built in 1820 by Reverend Asa Thurston, who was among the first missionaries to arrive in Hawaii. On the other side of the small bay (at a great swimming beach) is Aheuna Heiau, a recreation of Kamehameha's post-conquest place of worship, dedicated to Lono, the god of peace and fertility.

Just down the palmy drive from these landmarks is Kona Inn Shopping Village, a boardwalk full of cubby-hole shops centered around the Kona Inn Restaurant, which dates from earliest days of tourism, in 1928. And a few steps from the village is Hale Halawai Park, with more shops of Waterhouse Row. This is where the sport of bodyboarding was invented and a front-row seat to watch today's surfers ride waves into Oneo Bay. (See Hawaii the Big Island Trailbazer, pages 88-90 for more details.)

Like much of the Big Island, Kona may not deliver the tropical stereotype, but it offers much more after you've taken the time to let the magic work.
Email ThisBlogThis!Share to TwitterShare to FacebookShare to Pinterest
Posted by TrailblazerHawaii at 4:33 PM