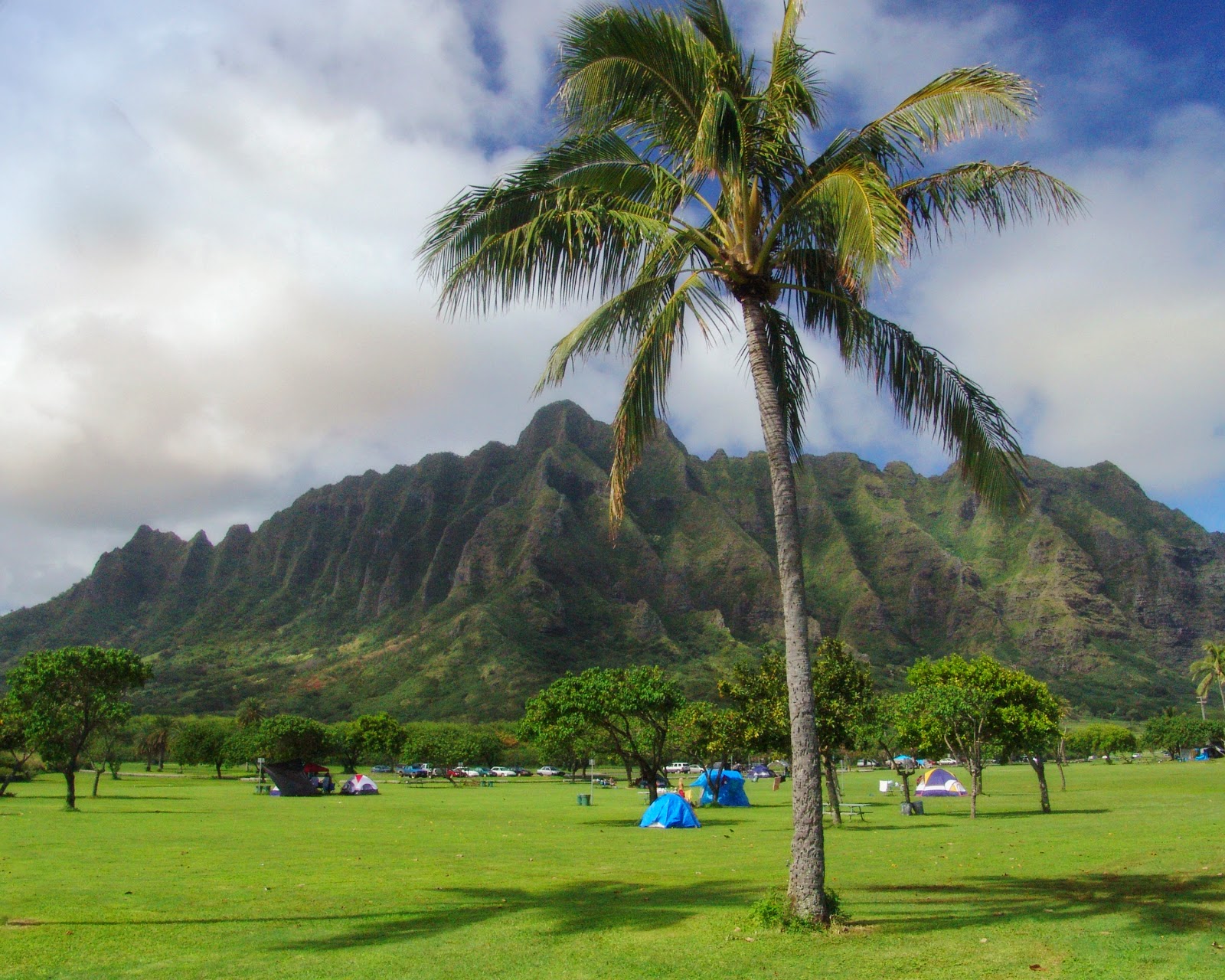 These "hills" are the razorbacked Ko'olau Mountains on the northern windward coast of Oahu, but they've seen more action outdoors than their L.A. counterparts. Among the movies shot on the Kualoa Ranch are Godzilla, Jurassic Park, Mighty Joe Young, as well as tons of TV commercials and many scenes from Hawaii Five-O. You can tour the 4,000-acre ranch via horesback, ATV, open-air jungle vehicles, or, by special arrangement, on foot.

The ranch is just inland from Kualoa Regional Park, offshore of which is "Chinaman's Hat," or Mokoli'i Island. Shaped like the floating headgear from the Asian sugar workers, the island is a prime destination for a "snike," or snorkel-hike. Though not for beginners, the swim out to and walk around the small island is one of Oahu's great adventures. The park also has a long strip of sand that extends around a point and into a bay to another snorkeling spot—Secret Island, so called because a narrow section of land is backed by a huge pond on one side and the ocean on the other.  Full directions to the ranch can be found in your Oahu Trailblazer .
Email ThisBlogThis!Share to TwitterShare to FacebookShare to Pinterest
Posted by TrailblazerHawaii at 11:51 AM