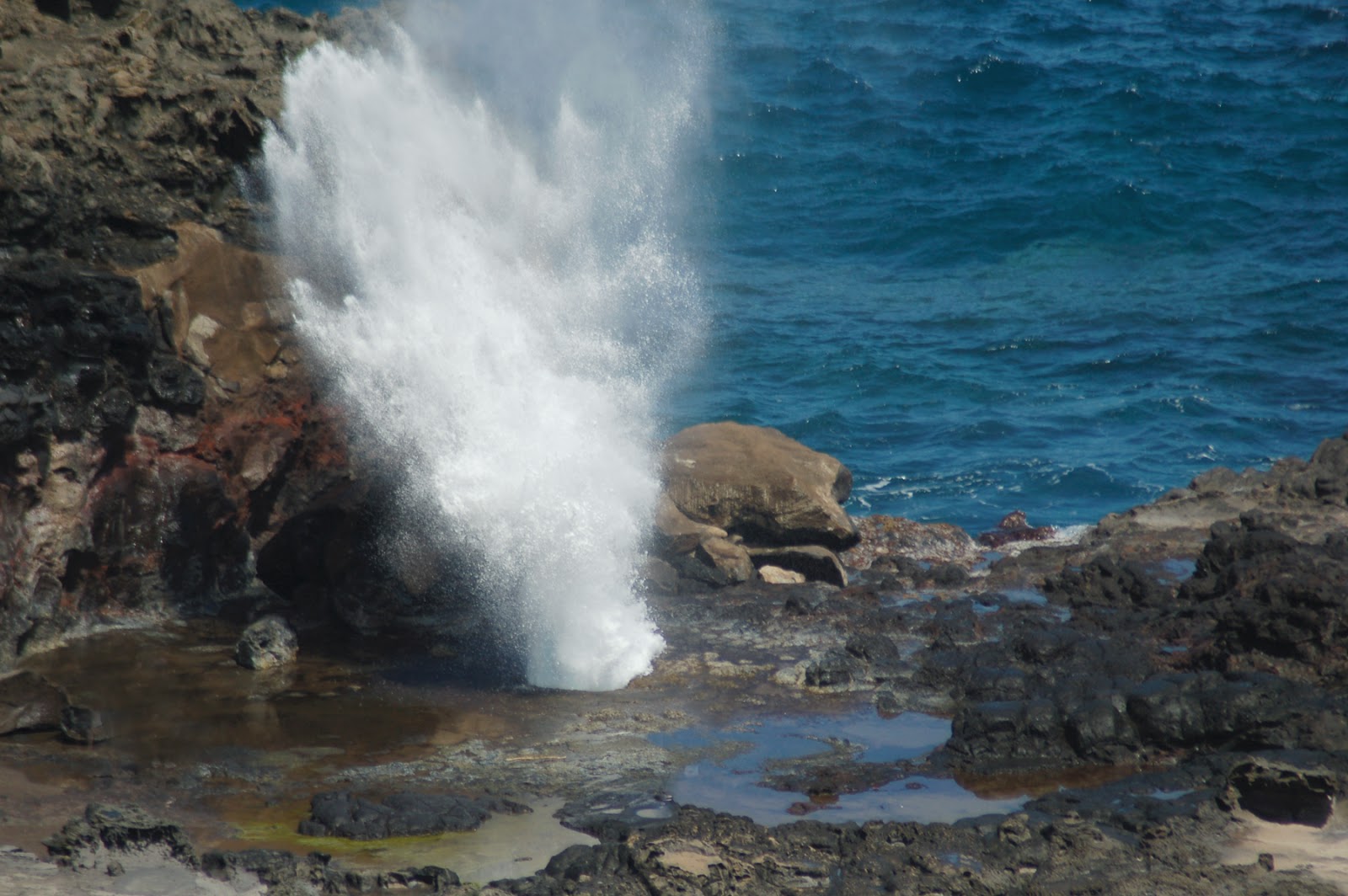 Imagine if you will the next scene here at the Nakahele Blowhole on the north coast of Maui, the one where all that water comes whumping down and the woman in white is sitting on her butt wondering what happened. And she's better off than the guy a week earlier who was even smarter and got a closer look at the pent-up ocean water and wound up being blown backwards, suffering a compound leg fracture, and enjoying a helicopter ride that was not for sightseeing. And both of these tourists are better off than the two from a year earlier just down the coast at the Bellstone Pools (natural ocean-side soaking tubs) who were swept Jacuzzi-like by a freak wave into the froth and were never seen again.

Moral of the story: You know the moral of the story. The ocean is a big bad dude and people get whacked on vacation on the nicest of days while having fun. The good news is that the ocean is not dangerous at all if precautions are taken.

The Nakahele Blowhole, a rapid-fire sea geyser created when incoming waves blast through an opening in the roof of a reef overhang, can be viewed safely from a number of vantage points. The 1.5 mile round trip hike begins at either of two unmarked trails on scenic highway. Page 74 of Maui Trailblazer has the details.
Email ThisBlogThis!Share to TwitterShare to FacebookShare to Pinterest
Posted by TrailblazerHawaii at 9:03 AM