The Once and Present Place to Be

In the early 1900s celebrities and Hawaii's gentry used to gather at a now forlorn estate, just south of the Mauna Lani Resort on the Kohala Coast of the Big Island. To get there you need to park on the highway in the middle of a lava field and march toward a grove of coco palms. Awesome coral-sand snorkeling in gin-clear water awaits. 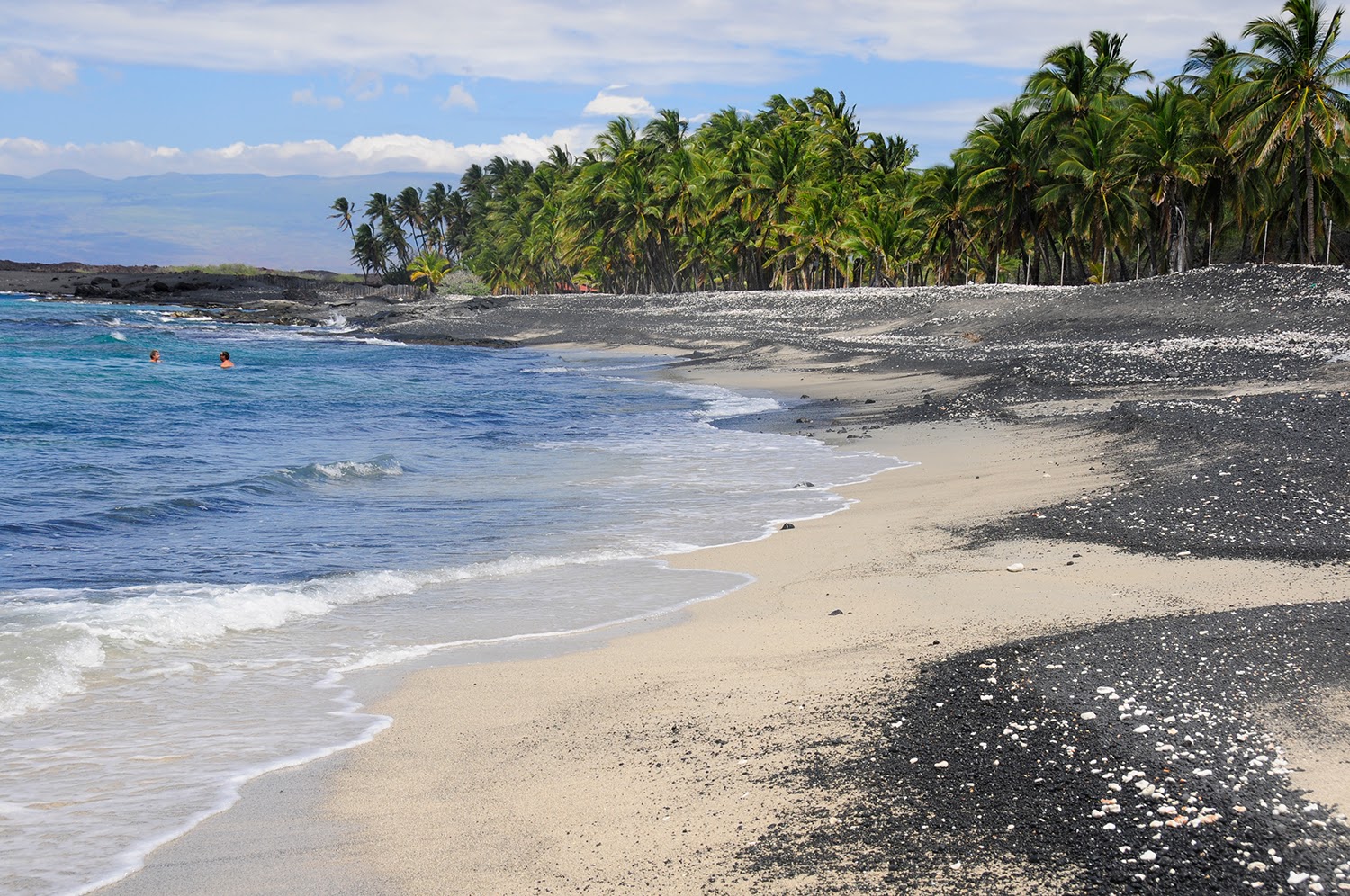 Francis I'i Brown, once the Great Gatsby of the Big Island, was the grandson of the distinguished John Papa I'i, who was counsel (guru) to Hawaii's first three kings--all Kamehamehas--and later recorded his experiences in seminal history books. His grandson, Francis, owned what later became the Mauna Lani Resort. He also purchased this 15-acre retreat at Keawaiki Bay and over the next decade hosted all-night drinkathons with the likes of Babe Ruth, Mae West, and Bob Hope. Recently, the retreat is where author Paul Theroux kayak-camped and wrote about it in The Happy Isles of Oceania.

In 1956 Francis Brown sold the estate to his grandson, and subsequent generations have installed a now-rusted 10-strand barbed wire fence around the oasis of coco palms and modest block cottages. Page 63 of Hawaii The Big Island Trailblazer has the details. There are several snorkeling spots, as well as coastal trails along chunks of white coral and black lava.
Email ThisBlogThis!Share to TwitterShare to FacebookShare to Pinterest
Posted by TrailblazerHawaii at 8:50 AM