Now that sugar mills have shut down in Hawaii (only one is still working, on Maui), it may be only a matter of time until the jungle and termites swallow up the plantation workers' houses—sugar shacks. For now, you can still visit the quiet communities of tin-roofed, single walled cottages that are often accented by colorful gardens, sea-flotsam yard art, and a sleeping poi dog. 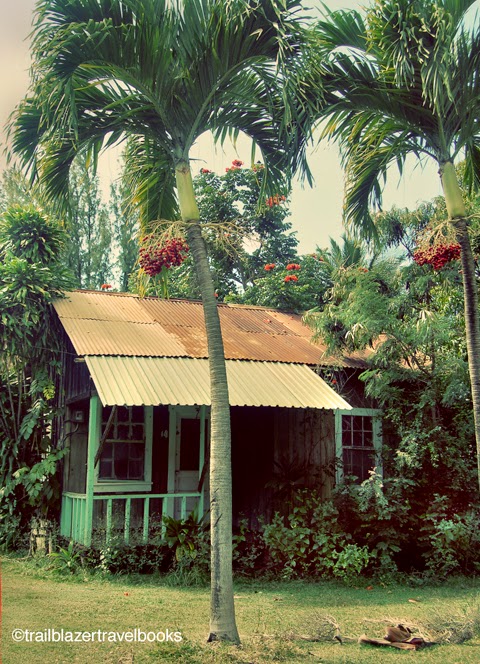 On Kauai, Waimea on the west side has some weatherworn beauties, plus a spreading resort that has some spruced-up versions at Waimea Plantation Cottages. The Hamakua Coast (northeast) of the Big Island has three or four little intact plantation towns, perched on high ocean farmlands, but still well below the much higher ridges of Mauna Kea. And you'd never guess after roaming the metro sprawl on Honolulu that sugar shack towns are alive and well on the north shore at Kahuku and the Molokueia Coast. Oddly enough, the Old Hawaii cottages are hardest to find on condo-laden Maui, in spite of it's healthy cane fields.
Email ThisBlogThis!Share to TwitterShare to FacebookShare to Pinterest
Posted by TrailblazerHawaii at 10:16 AM