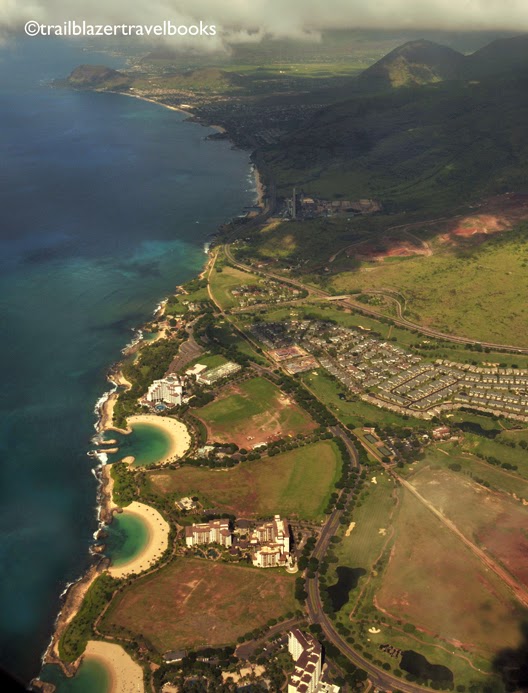 Don't come looking for Old Hawaii at the Ko Olina resort development on Oahu's west shore, about a 40 minute drive from Waikiki. Give the credit to bulldozers and explosives rather than nature for carving our four picture-perfect lagoons rimmed by sandy beaches, gardens, and a walking path at what was once a largely and industrial wasteland just north of Pearl Harbor. Still, Ko Olina fills the bill for families looking for guaranteed sunshine and safe swimming in a relaxing surround. The NFL players stay here during the Pro Bowl.

Ko Olina has several hotels and "beach clubs" along the 2-mile shoreline. A slow economy put the brakes on two larger destination resorts, one by Disney that features a host of man-made lagoonlike swimming pools serviced by Mickey and the gang and scheduled to open in mid-2011, and another (The Grand Ko Olina Resort) by local developer Steve Case that has been scaled back from an original plan that called for a huge aquarium and artificial reef. A gated entrance controls the crowds, but each of the four lagoons has public beach access.

On the north end on Ko Olina is a natural cove, Lanikuhonua Hawaiian Cultural Park, where community groups and private parties gather, dating from 1939 when it was purchased by Alice Kamokila Campbell, the daughter of uber-rich James Campbell. Before then the cove was a retreat for Hawaiian royalty.
Email ThisBlogThis!Share to TwitterShare to FacebookShare to Pinterest
Posted by TrailblazerHawaii at 6:18 PM