Do you love me Pipeline Surfergirl? 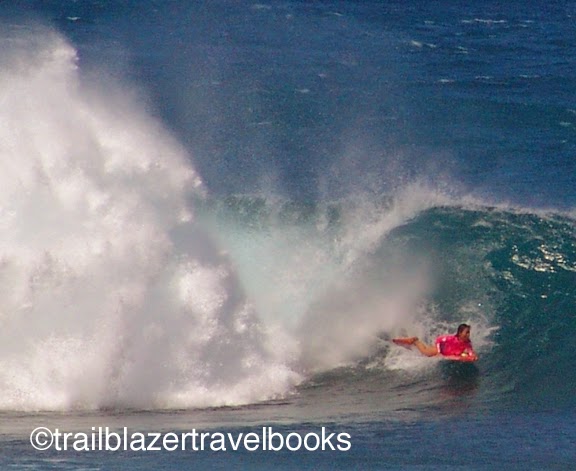 The Banzai Pipeline (Pipeline, or just plain Pipe) is a long barrel breaking on a shallow near-shore reef at Ehukai Beach Park on the North Shore of Oahu. An inspiration for Surfer-Joe songs and movies of the 1960s, the picture-perfect curl is on the circuit among the big-boy breaks of the world professional surfing tours. 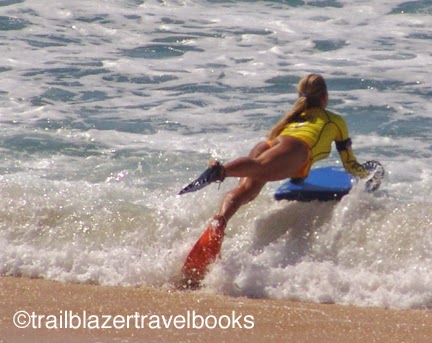 In 2006, the wahines arrived, holding the first ever professional event on the women's tour at Pipeline—and they've been rolling with the wave ever since. Pipe breaks both left and right (the back door) and produces those triumphant moments when surfers, hidden in the barrel for a moment, spit out in the spray and slice toward shore. Or not. The curl routinely claims even the best and is a notorious board-breaker. The Pipeline Women's Pro 2013 is hitting again now through March 22. The event will feature an Open division, as well as a Bodyboard, Longboard, Junior Pro Women and Men categories. Some surfers will be competing in all divisions and the best athlete wins the gold ring. Defending champion Bianca Valiente will try to reconquer the title. For all the action on North Shore Oahu, consult your Oahu Trailblazer guidebook.
Email ThisBlogThis!Share to TwitterShare to FacebookShare to Pinterest
Posted by TrailblazerHawaii at 6:12 PM