Hawaii's volcanoes don't explode rock, fire, and pumice into the sky like the Icelandic volcano (with a looooong name) but rather result from the earth's hot magma oozing from a gigantic crack in the ocean floor and piling up to the surface, and then far into the sky. Mauna Kea and Mauna Loa on the Big Island are nearly 14,000 feet--and measured from their bases, they are nearly 40,000 feet high. That's a lotta lava. 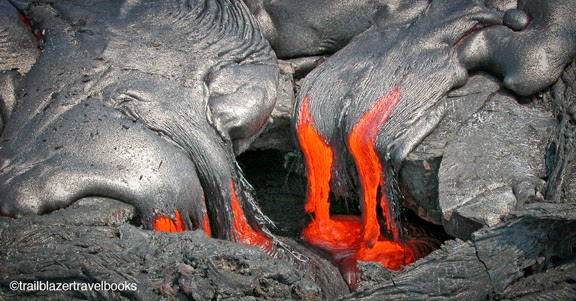 Kilauea volcano, perched on the downslope of Mauna Loa, has been erupting for over a decade along its rift zone. The slow torrent of melted rock has destroyed many homes and forests—as its courseway and eruption sites vary—but people thankfully have time to get out of the way. The toxic gas cocktail it emits can kill if you get too close, but is "only" a smog to the locals, called vog (volcanic smog). Airliners need not fear. 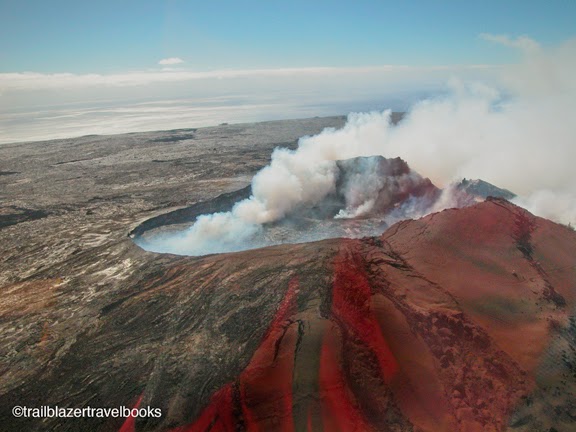 Email ThisBlogThis!Share to TwitterShare to FacebookShare to Pinterest
Posted by TrailblazerHawaii at 11:38 AM