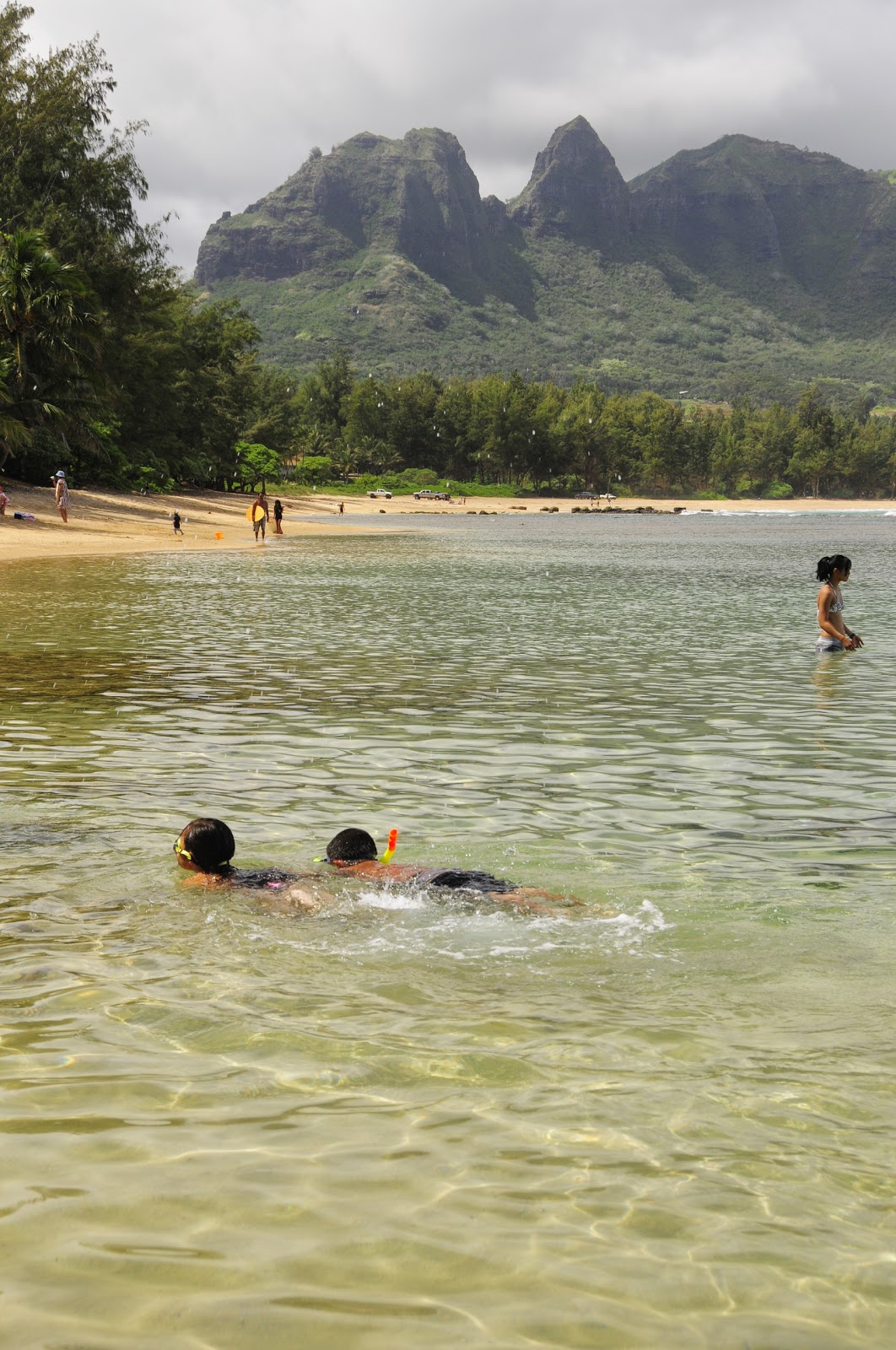 The pointed peak in the Anahola Mountains that rises above this bay is named Kong, as in King (since it looks like the ill-fated ape in profile), but that movie was not filmed on Kauai, but instead the peak's downslopes were featured in Jurassic Park. (The local joke is that everyplace in Hawaii has been in either those dinosaur films or TV's Hawaii Five-O.)

A two-mile strip of band of yellow sand rims the bay, broken in the middle by the usually slack waters of Anahola stream. Coral reefs make for better-than-decent snorkeling, but shallow water and rip current (during higher surf) are drawbacks. From this side of the Bay, at Anahola Beach Park, a dirt track skirts a wild coast through Hawaiian Homelands, making for a non-tourist getaway hike.
Email ThisBlogThis!Share to TwitterShare to FacebookShare to Pinterest
Posted by TrailblazerHawaii at 5:53 PM