The graffiti artists who etched these images in rock are unknown to both current anthropologists and to the earliest Polynesians who began arriving in earnest on Maui about 1,500 years ago. Petroglyphs, a way of recording events by prehistorical people who could not download images from a cell phone, are fairly rare on Maui, since vegetation and erosion has obscured most of them. 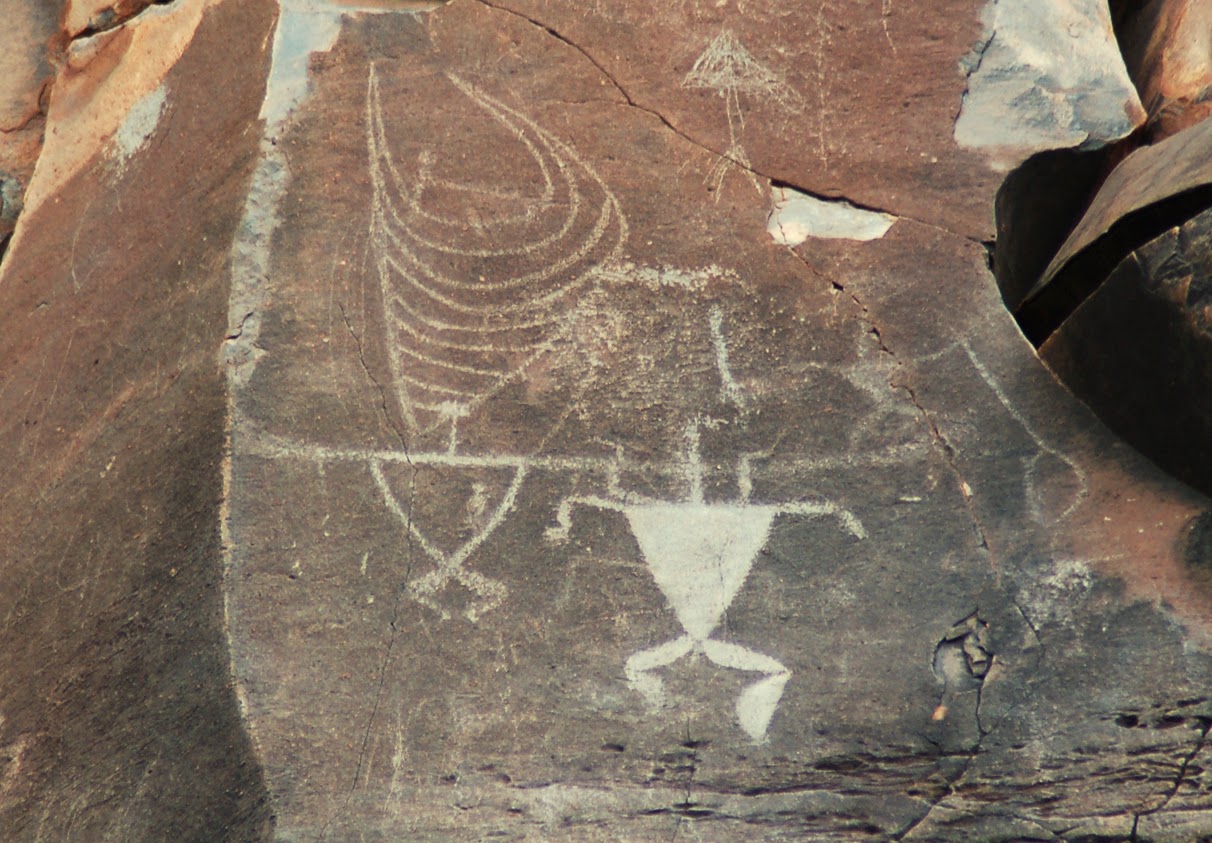 These drawings are at the base of Kilea cinder cone near Olowalu in West Maui, at a well-known site. Sea shell fossils indicate that the top to the cinder cone, which is a couple miles inland and a few hundred feet in elevation, was once at sea level, back when we had bigger polar ice caps. See page 58 of Maui Trailblazer.
Email ThisBlogThis!Share to TwitterShare to FacebookShare to Pinterest
Posted by TrailblazerHawaii at 11:41 AM