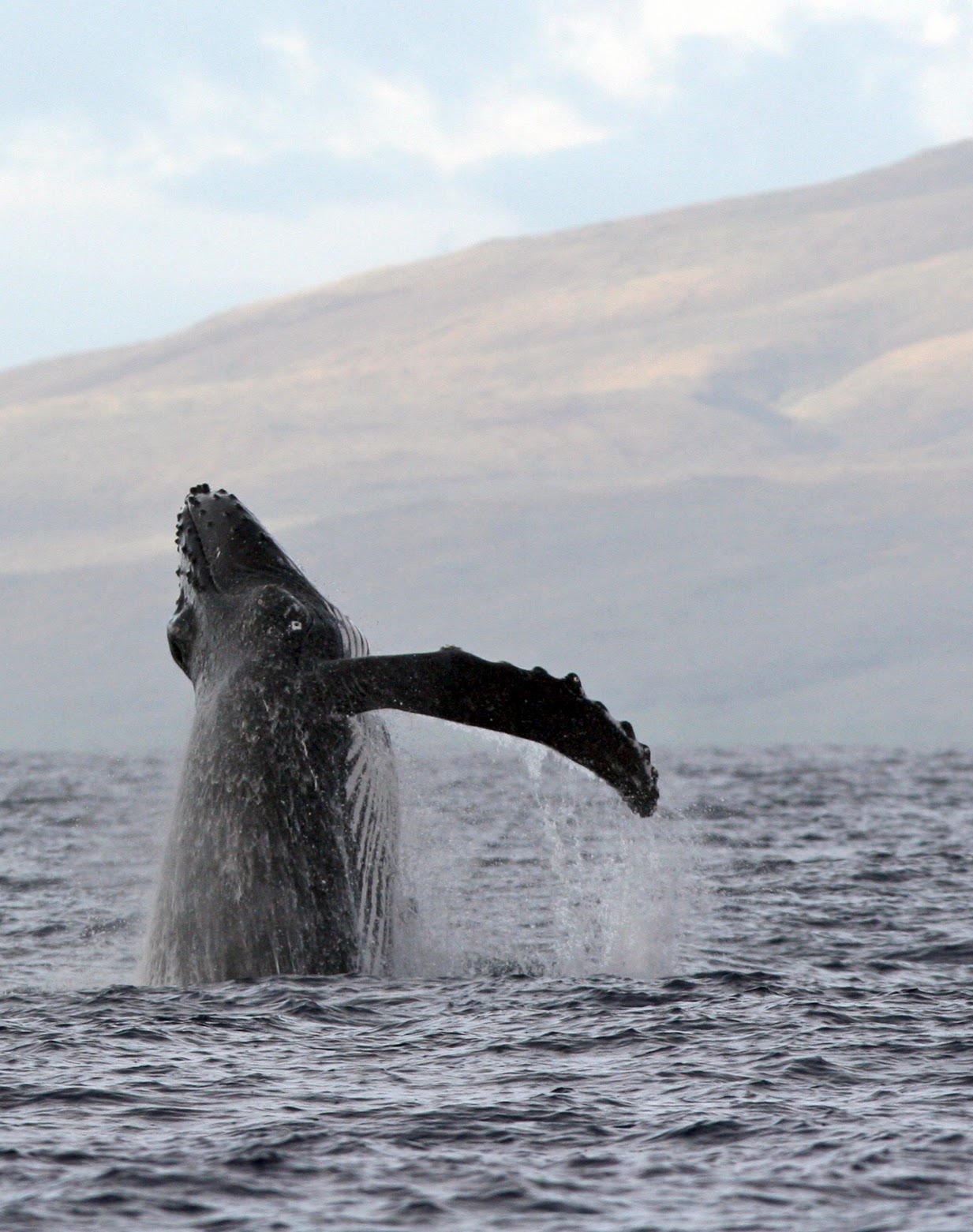 It's darn near impossible not to yell "thar she blows!" when an 80,000-pound humpback surfaces from the blue waters of Maui. On the shore, everyone freezes their attention. Strangers talk to strangers. The whales are a mesmerizing force of nature—and Maui is the best island from which to spot them during their winter-spring migration, when they complete their journey from their Alaska feeding grounds to have babies. (This shot was taken from a Lanai-bound ferry in late March.)

Although you can spot whales around all the Hawaiian Islands, the big mammals seem to love the waters between Maui and its neighbor island of Lanai, Molokai, and Kahoolawe, which are all part of Maui County and once (before eons of erosion) were united in a single island called Maui Nui. The breaching, lolling, and cavorting of the whales can be viewed from land at Papawai Point, Olowalu Landing, and Kahakuloa Head—among many other spots—but many visitors choose to hop whale-watching cruise. Many companies sail out of Lahaina, but you can also jump aboard at Ma'alaea Harbor and Kihei Boat Ramp. The daily ferries to Molokai and Lanai (from Lahaina and sometimes Ma'alaea) are a way to both whale-watch visit another island for the day.

Newborn calves weigh about 3,000 pounds, and each whale has a uniquely marked fluke (tail fins). Whale hunting had diminished the species from tens of thousands down to only about 1,000 in 1966, but their numbers have been on the rise ever since. When snorkeling, you can at times hear their sonic songs under the water. The Pacific Whale Foundation in Ma'alaea and the Hawaiian Islands Humpback Whale National Marine Sanctuary in North Kihei are just two of the many place on Maui to learn more about these big creatures.
Email ThisBlogThis!Share to TwitterShare to FacebookShare to Pinterest
Posted by TrailblazerHawaii at 6:41 AM