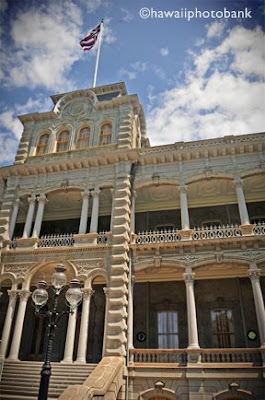 Same as the new Honolulu? With swaying palms, street art, and park squares amid museums, galleries, eateries, historic buildings and skyscrapers, Honolulu is one of the world's best walk-around cities. The center of it all—and not just geographically—is Iolani Palace, the "White House" for Hawaii's King Kalakaua and the nation's last monarch, the beloved Queen Liliuokalani. The palace had electricity before the American White House, and Hawaiian leaders had toured the world. 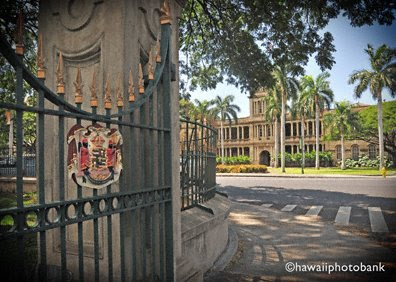 A conspiracy of American business interests overthrew the monarchy in 1893, an act that was ruled unlawful by then-President Grover Cleveland. No biggie for overhhrow guys. They ignored Clevland's ruling, imprisoned the Queen in the palace, and waited for Republican President William McKinley to annex Hawaii in 1898. The U.S. formally apologized for that action in 1993. The complicated matter is still in the courts. Iolani Palace served as a state office for years, but a Hawaiian group now is restoring the grounds and offering tours. See page 34 of Oahu Trailblazer.
Email ThisBlogThis!Share to TwitterShare to FacebookShare to Pinterest
Posted by Trailblazer Hawaii at 5:05 PM