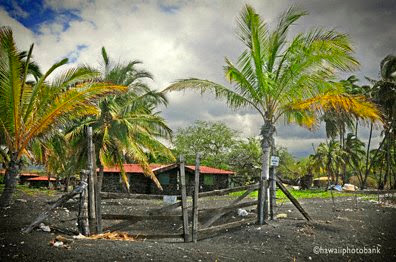 In the 1920s, in oasis of seaside coconut palms and amid a sea of jagged lava, sat the assemblage of stone cottages and main house that were the dreamy retreat of Francis I’i Brown. Here over the next decades partied the likes of Babe Ruth, Bob Hope, and Mae West, and a host other former rich, pretty, and/or famous, mixing for days-long soirees under both moonlight and scorching sun. It was the place to be.

Francis, who also owned what became the Mauna Lani Resort just north, was the grandson of author-historian John Papa I’i, who had been counsel the Hawaii’s first three kings. Today a rusted barbed wire fence surrounds the place. Local guys fish the shore. The few visitors who get here can enjoy a swim in the gin-clear waters of coarse-sand that fronts the former hot spot—both literally and figuratively. A short walk north is where lava in 1859 crept 35 miles from Mauna Loa and met the ocean. Coral rocks and lava chunks grind together in the ceaseless waves of Weliweili Point. The old Brown Retreat still is a place to be. See page 63 of Hawaii the Big Island Trailblazer. 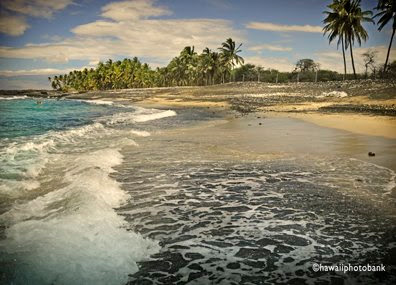 Email ThisBlogThis!Share to TwitterShare to FacebookShare to Pinterest
Posted by Trailblazer Hawaii at 11:13 AM