A place of refuge 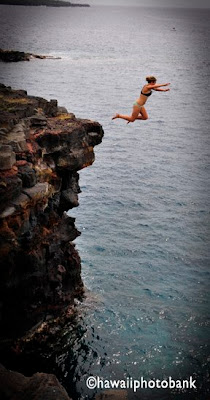 Now a national park, Pu’uhonua o Honaunau was in ancient times a “place of refuge,” where defeated warriors and violators of the kapu system of laws could go voluntarily to escape punishment. 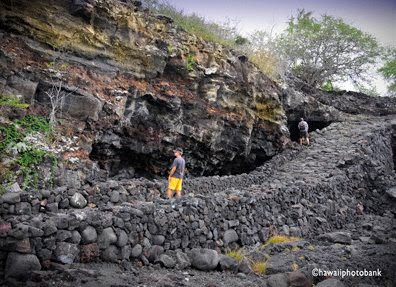 On this day, the park was on edge as a place to flee, after a 7.9-magnitude earthquake in Tonga put the low-lying coastline on notice that erratic waves could arrive in the afternoon. But that didn’t stop this adventurer from taking a leap of faith from the Keane’e Cliffs at the south end of the park, where she was joined by a slow-moving pod of some two-dozen spinner dolphins. 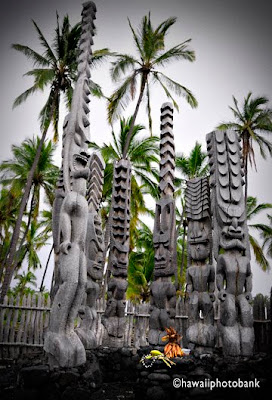 The leaping spot (not officially permitted by park rules) is reachable via a lava-rock ramp that was built in 1871—prior to that time south-bound travelers had to pay a toll and then climb a ladder that would be lowered by the gatekeeper. This part of the park, less than a mile from the entrance gate, is the site of many ruins that were once Ki’ilae Village. Unmarked and just off the trail beyond the ramp is the mortared-stone gravesite of the last Hawaiian to live here, John Kekuiwa, who died in 1929. The Pu’uhonua o Honaunau National Historical Parks preserves many of Hawaii’s most significant sites, including the Great Wall (1,000 feet long), Hale o Keawae (where the bones of 23 chiefs are interred), and the vast platform of Alealea Heiau.
Email ThisBlogThis!Share to TwitterShare to FacebookShare to Pinterest
Posted by Trailblazer Hawaii at 10:02 AM