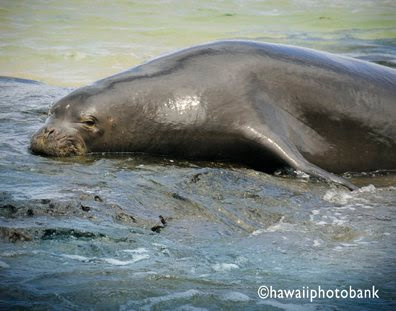 The endangered Hawaiian monk seal is the only mammal that evolved from nature in the islands, unless you want to get technical and count a species of bat or include humans, who had to use boats. The big fat creatures favor Kauai, the northern-most of the eight principle islands, because it the first landmass south of the 100 or so islands that are mainly sea-washed atolls that comprise the Hawaiian Archipelago (which are part of the 1,600-mile-long state of Hawaii).

In the archipelago sharks are the major threat to these animals, while down here they are endangered mostly by fishing gear and plastic associated with humans. Law requires that people keep at least 100 feet away from monk seals when they haul out on the sand—not an easy task when they choose resort beaches like Poipu Beach or others on Oahu. But on the wild beaches of northeastern Kauai (there 8 or 10 beaches that you hike to or have to drive dirt roads) the seals have room to snooze. They will sometimes swim along the shore alongside beachcombers or pop up out the water where people are sitting. 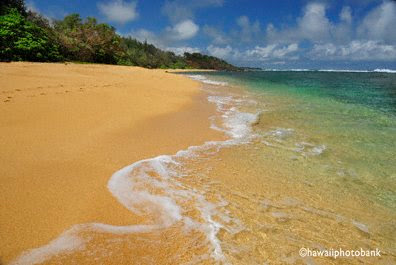 Larsen's Beach, where this seal is pictured, is a miles-long, hike-to stretch of sand that also is home to seabirds including the Laysan albatross.
Email ThisBlogThis!Share to TwitterShare to FacebookShare to Pinterest
Posted by Trailblazer Hawaii at 9:41 AM