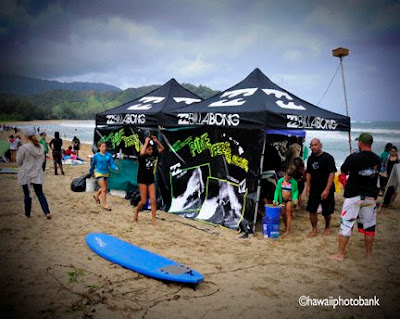 Frigid temps (high 60s!) made some locals bust out the outerwear, but spirits were not dampened and attendance was us high at the 8th Annual Irons Brothers Pine Trees Classic, a kids surfing competition put on by local greats at Hanalei Bay. 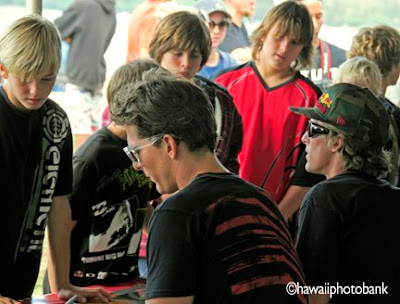 Keikis aged 8 through 12 braved high surf in the hopes of one day achieving surfing fame like Andy Irons, a three-time world professional overall champion, and his brother Bruce, who has won numerous events on the world pro circuit, including the prestigious Quiksilver In Memory of Eddie Aikau, held at Waimea Bay on Oahu’s North Shore.

The Irons brothers have been surfing Pine Trees since they were keikis. (Irony: The trees at the shore are not pines, but ironwoods.) Yesterday’s competitors lined up for free shave ice and burgers, along with a basketful of goodies provided by event sponsors that included Billabong, Von Zipper, Dakine, Red Bull, Tamba, and Oakley. Bruce and Andy, along with a few of their crew, spent much of the afternoon signing posters and memorabilia for the kids. 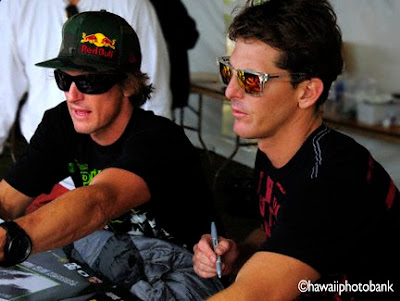 Email ThisBlogThis!Share to TwitterShare to FacebookShare to Pinterest
Posted by Trailblazer Hawaii at 11:10 AM