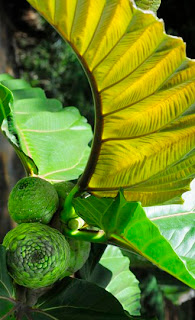 Three of the nation’s five National Tropical Botanical Gardens are on Kauai, including the McBryde Garden, pictured here. McBryde specializes in preserving and studying Hawaii’s native plants, as well as those brought by the Polynesians in their sailing canoes, beginning well over a thousand years ago. Researchers at McBryde have literally saved unique plants from extinction.

McBryde shares the Lawai Valley with Allerton Garden. An uber-rich banker’s son from Chicago, Robert Allerton, along with his companion, John Greg, bought the valley in the 1930’s from Queen Emma. They toiled there for more than 30 years, building fanciful botanical “rooms,” which feature statuary and fountains. Allerton’s 1964 trip to D. C. caused congress to charter the national organization—which is relies entirely on private donations and grants. Allerton Garden was the set for several movies, including Jurassic Park, and also the place where “Da Plane!” lands in TV’s Fantasy Island. Several highly regarded tours are available. See page 124 of Kauai Trailblazer. 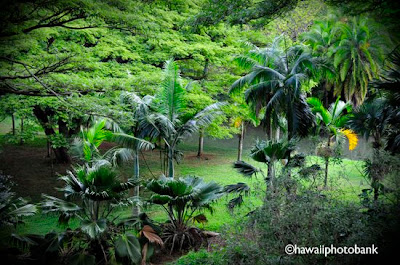 Email ThisBlogThis!Share to TwitterShare to FacebookShare to Pinterest
Posted by Trailblazer Hawaii at 12:35 PM