Steam escapes through lava tabletops on the trail across Iki Crater, an appendage to the larger Kilauea Crater in the center of Hawaii Volcanoes National Park on the Big Island. Though Iki blew its cork fairly recently, in 1959, an eruption here is far less likely than at its cousin crater, Halemaumau Crater a few miles away in Kilauea, which is the home to volcano goddess Pele. Halemaumau started spewing a voluminous column of volcanic gas in 2009 in a burst that blew the tourist overlook to smithereens, thankfully when no one was present. 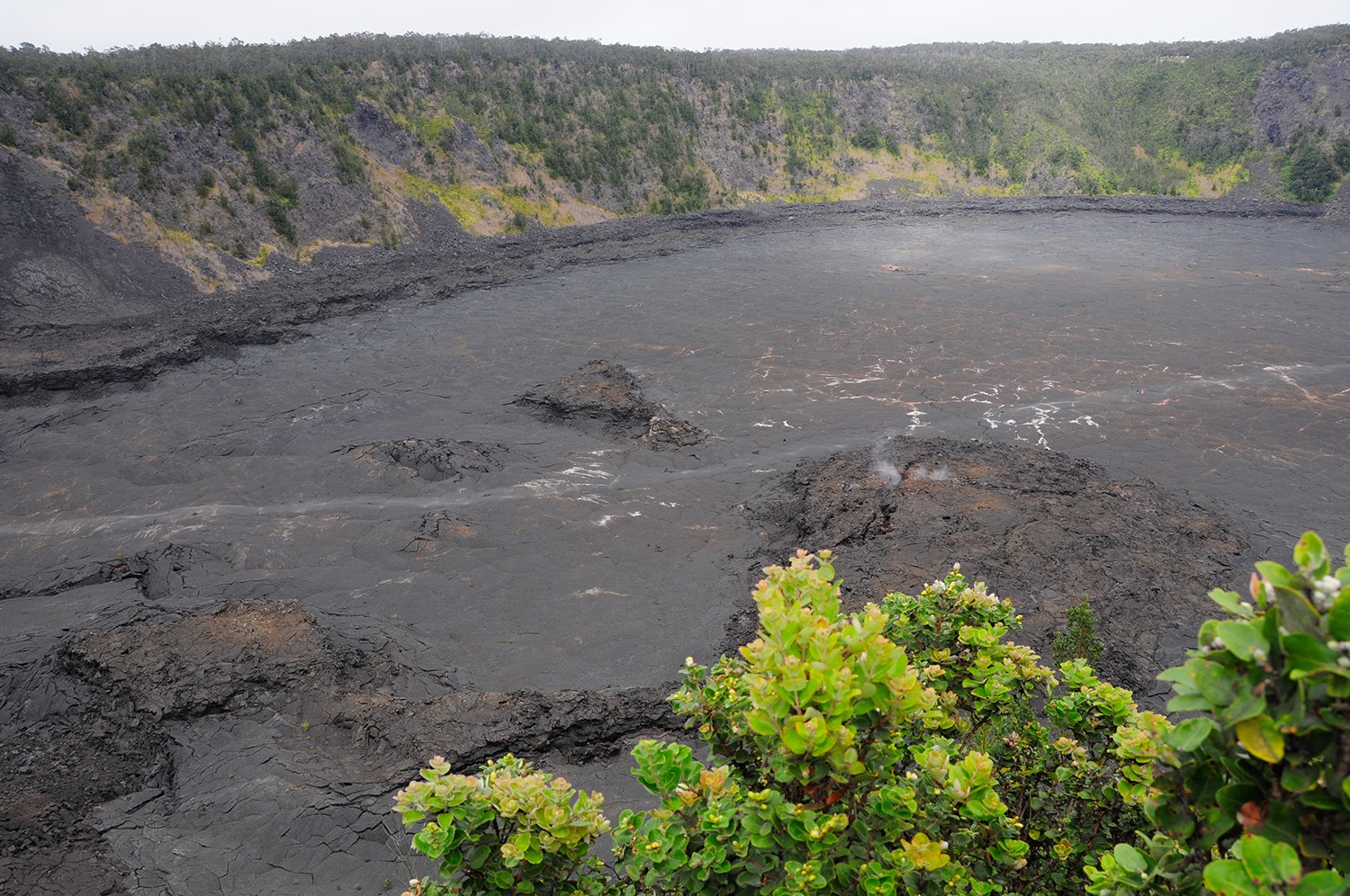 The Iki Trail is across from the Thurston Lava Tube, a tourist trot on the lush green north side of the caldera. The loop hike of 4 miles drops about 400 feet from the bird-rich, tree-fern-and-ohia forest before crossing the lava basin.
Email ThisBlogThis!Share to TwitterShare to FacebookShare to Pinterest
Posted by TrailblazerHawaii at 6:38 PM