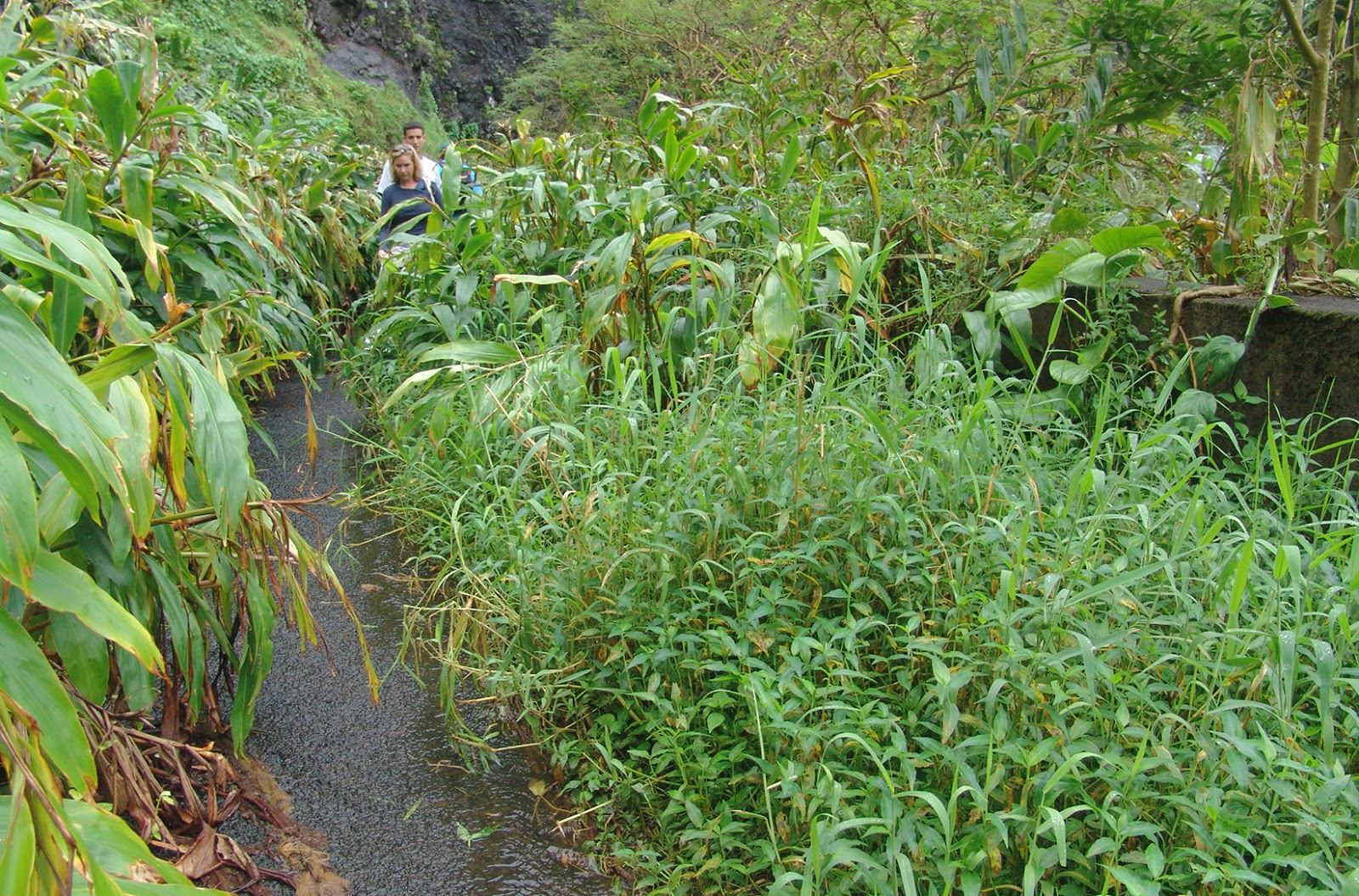 The Nu'uanu Pali (cliff) was not the place to be in 1795, when the invading army of Kamehameha the Great used newly acquired cannons, along with the more prosaic assortment of clubs and spears, to drive Oahu's defending forces up the valley and over the edge. In 1897, when the first Pali Highway was built, engineer John H. Wilson and his crew found more than 300 skulls at the base of the cliffs. Today, the scenic overlook of Windward Oahu is invaded daily by fleets of shuttle buses and armies of picture-snappers. When the new (1957) highway was constructed, the remaining old section became a quick getaway for hikers from the overlook. The jungle is swallowing up the road. More serious hikers can continue down to connect with the Mauanwili Trail, a 10-mile, lush contour under the looming Ko'olau Range, or branch off and under the new highway on a quirky trek to Likeke Falls.

Email ThisBlogThis!Share to TwitterShare to FacebookShare to Pinterest
Posted by TrailblazerHawaii at 10:30 AM