Soaking up some history 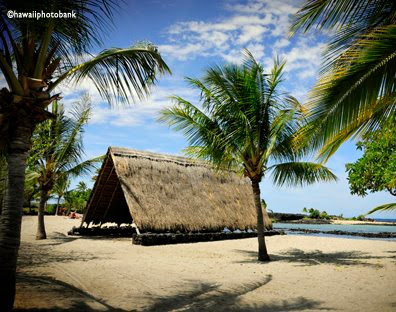 The 1,100-plus acres just north of Kailua-Kona were a horn o' plenty for Kamehameha the Great and his retinue, a lovely patchwork of terraced gardens—until a massive lava flow from Hualalai Volcano covered most of the site. The great king died shortly thereafter ,in 1819, and his remains are rumored to be the the rubble, along with those of thousands of other Hawaiians who died from diseases after the Western world arrived throughout the 1800s.

In 1978, Kaloko-Honokohau National Historical Park was established, but only in recent years have improvements been made, including a new visitors center and a largely completed effort to restore the 750-foot-long, 12-foot-wide seawall that encloses the 11-acre Kaloko Pond, which was the fish store for the ancients. Also included in the vast park are petroglyphs and tall rock mounds (a mystery to anthropologists), heiau and shrine remains, and Aiopio Fishtrap (pictured) a dreamy place to pack the sand and take a refreshing dip.

The historical park borders Honokohau Harbor, hotspot for deep sea fishermen, and Alula Beach, a locals' haunt, both of which add interest for visitors. See page 84 of Hawaii the Big Island Trailblazer. Take care not to disturb any ruins when visiting the park; many of its treasures are still being catalogued.
Email ThisBlogThis!Share to TwitterShare to FacebookShare to Pinterest
Posted by Trailblazer Hawaii at 7:58 AM