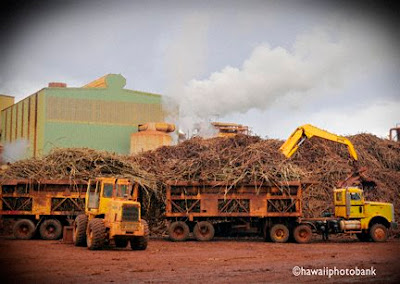 Workers at Gay & Robinson lift some of this year's 50 tons of sugarcane into the plant that has been feeding America’s sweet tooth for 120 years. But operations will cease next year, leaving only a single plantation on Maui to carry on a business that lured workers from around the Pacific and shaped the modern social fabric of the islands.

Although devastating in the short run for G & R’s 225 workers, many of whom still live in weathered “sugar shacks” just down the road, the future is not all grim: In 2007 the sugar king partnered with Pacific West Energy to develop the first fuel ethanol plant in America to create renewable power and clean-burning ethanol fuel from sugarcane. Some $80 million will be needed to re-purpose the bounty from the 7,500-acre plantation. In addition, the company plans to install a new hydroelectric power unit that will increase their current capacity by five to 10 megawatts and provide renewable energy to the island's power grid. 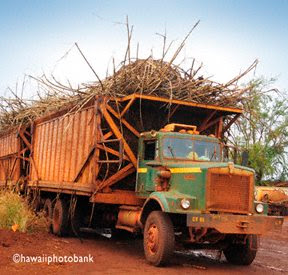 Using remarkable efficiency and Kauai’s abundant water, Gay & Robinson was able to compete in a world market that benefited from cheaper labor, but in recent it has incurred significant losses mainly due to the rising costs of fuel and fertilizer. Hawaii's first sugar cane plantation started in 1835 in Koloa on Kauai. Plantations were started later on the Big Island, Maui, and Oahu, and agriculture was the state's main economic engine for nearly a century.

Hawaii immigrant Eliza Sinclair; her daughters, Jane Gay and Helen Robinson; and their sons, Francis Gay and Aubrey Robinson, formed Gay & Robinson in the 19th century. The family owns the island of Ni’ihau, home to only pureblooded Hawaiians, and has always been know for taking care of its workers.
Email ThisBlogThis!Share to TwitterShare to FacebookShare to Pinterest
Posted by Trailblazer Hawaii at 11:39 AM